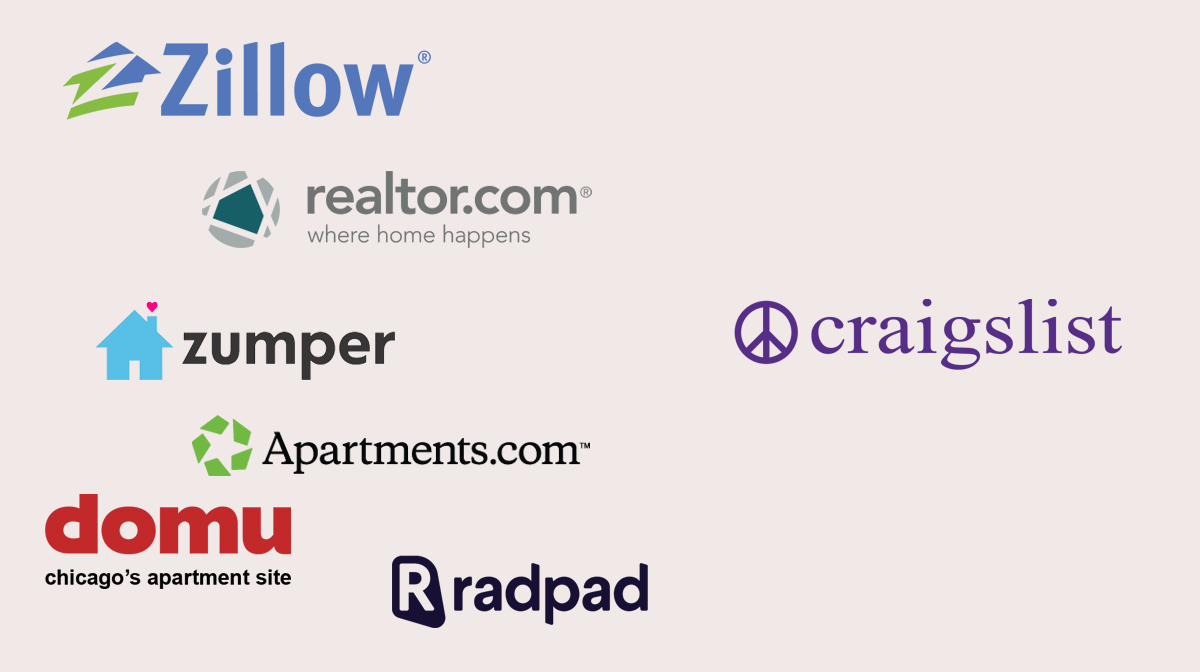 Local news site DNAInfo loves to post articles about the rent rates in Chicago. In fact, they've done it three times in the past year, each time using data from an apartment listing site called "Zumper." Across the three articles, the "median rent rate" for a Chicago one bedroom has jumped from $1670 to $1970.

This information is, of course, based only the apartments listed on Zumper, a relative newcomer to the very crowded apartment listing website scene. It's also ridiculously inaccurate. If rents in Chicago go up 5% in a year it's a really big deal. If they had really jumped 18% in 12 months we'd be in a state of emergency.

The most recent article, posted in late January, also included some data from Zillow, which is a step in the right direction.

Even so, every time I see an article like this, I roll my eyes and throw up my hands in frustration. As much as census data is not to be trusted when it comes to rent rates, individual commercial websites are also useless as sources of real statistical data. Today we look at the reasons why. Methodology is at the end of the article.

There's only one site for apartment listings in Chicago.

Here are the global traffic rankings of some apartment listing websites that you might recognize:

Out of all of those sites, only Craigslist advertises other things besides real estate. Realtor.com and Zillow both offer homes for sale as well as rentals. Even so, if you isolate the apartment traffic to each site Craigslist probably still dwarfs all of the others.

For Lincoln Square/Albany Park on the north side, Craigslist had received 722 apartment postings on Saturday. Zumper had 8, Zillow had 15. Realtor.com had 15 in the past week.

For Ashburn on the south side, none of the sites had listings posted on Saturday. From the past 7 days, Craigslist had 49 listings, Zumper had 11, Zillow 23, and Realtor.com had 6.

For River North in downtown Chicago, Craigslist had over 2500 listings from Saturday. Zumper had 61. Zillow had 5. Realtor.com had 15 from the past week.

Craigslist does allow duplicate postings for the same address, while the other sites do not. This means that Craigslist's numbers are not nearly as high as they seem at first glance. However, there were no obvious duplicates among the Ashburn listings. This tells me that even with duplicates removed, Craigslist gets double the listings of the others.

Now, I'm not one to knock a market newcomer. However, when dealing with statistics, sample size is crucial. Zumper's daily listings are few enough that a couple of new high rise clients on the higher end of things could be enough to cause that 18% jump.

Out of these four sites, Craigslist is the only one I would trust to give an accurate, if not perfect, representation of Chicago rents. Unfortunately, that's a problem if we want to get an average, since...

Craigslist does not allow statistical analysis and is not likely to change that stance.

Craigslist has been historically hostile to people and companies who have tried to harvest their data on a large scale - the kind of scale you would need for accurate statistical modeling. They blocked access to Yahoo pipes. They sued Padmapper for scraping their apartment listings.

This approach is understandable. Given the other things besides apartments that are advertised on Craigslist, the ability to statistically parse all of their data would be bad for everyone involved. Yes, data would be nice, but with that would come people scraping names, phone numbers and email addresses on things like personals and pets for sale. I don't blame Craigslist for their stance at all.

However, even if Craigslist were to open its apartment postings for statistical analysis, it wouldn't help because...

No site covers all of Chicago fairly.

Every time one of these "median rent" news articles comes out, some folks in the comments will complain that they ignore the south side or the west side or some other chunk of the city.

The low number of Ashburn listings on Craigslist is proof positive that some areas of the city don't get equal representation on any commercial rental site. In fact, of all the sites I looked at, none yielded enough ads to give an good, chewy sample size for Ashburn apartments.

There's no "other site" for south side Chicago listings. There are plenty of apartments in that neighborhood. However, residents use other means to find them.

The averages vary depending on which site you use.

A different group of rentals is present on each of the three sites I checked for data. This means that each tells a different story about Chicago rent rates and in many cases their numbers are very far apart.

Note: the above table should not be used for statistics. In many cases the "averages" were based on only 1-2 listings.

In some cases the averages across sites were pretty similar. 2 beds in particular seem to be quite consistent. In other cases the averages varied by hundreds of dollars. Craigslist had the lowest averages in all but one category, which tells me that the rentals with the lowest prices are posted to Craigslist exclusively. Most importantly, it's very apparent that Zumper is not the best arbiter of rent rates for Chicago 1 bedroom apartments.

But even if every apartment listing was posted to all three sites simultaneously, they still wouldn't nail it because...

A "rent rate" is not a precise number.

When a landlord sets a price for an apartment, it's only rarely an fixed, non-negotiable number. It's a starting point. A suggestion. Something to get the ad to show up in your search results.

The fancy high rises downtown charge different amounts based on how many months you choose to stay. Some landlords will install new appliances or custom paint at higher rates. Still others will list their apartments at two separate price points - one for outside agents and one for in-house staff.

There's also add-ons to consider. In this era of move-in fees instead of security deposits, those fees should really be added on to the rent rate. The same goes for other non-refundable items like pet rent, key fees, parking fees and storage fees.

If you throw Section 8 into the mix with their ability to force a landlord to lower their rent rates to meet the market, pricing gets even more complicated.

But the apartments listed on commercial websites are only part of the story because...

The shadow market is real.

People rent from family. They get housing in exchange for services rendered. They move within the building. They rent a single room. They sublease. They get pulled off of wait lists. They sell their house and then rent it back from the new owners.

Every single one of those situations is a real rental with a real rent rate. But we'll never know about them outside of the census.

At the end of the day, news articles about median rent rates in any city are fluff pieces. They serve to promote the websites that source the "data" and nothing else. To that end, they work.

Unless the article includes data from 3-4 websites, the census and Section 8 all blended together, it's nothing more than a waste of bandwidth.

Site rankings were pulled from SimilarWeb.com.

Prices were based on scrapes of recent apartment listings posted to Craigslist, Zillow, Zumper and Realtor.com. For the first three I was able to use only listings posted within the past 24 hours. For Realtor.com I had to extend that timeframe to 7 days.

Sites that I wanted to include in the price check but could not were Apartments.com, Radpad and Domu. None of them allow consumers to sort their postings by date.

2 thoughts on “Don’t Trust This Article. (Or any article about rent rates.)”