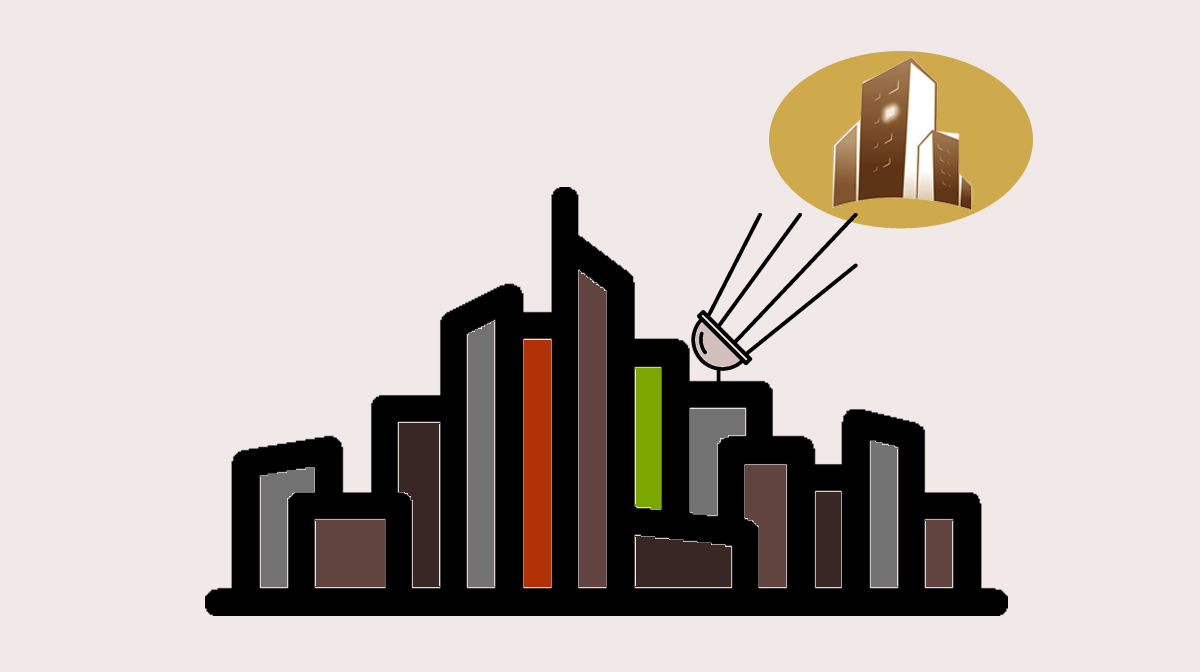 The following is a true story. Names, dates and addresses have been changed to protect the innocent.

I am often asked how I connect the dots to assemble our apartment reports. I am also often asked why we charge $65 for our Signature Reports. The answer is simple - unlike other web-based startups that rely on a limited number of data sources and a handful of opinions, our reports require the manual assembly of the latest data available from over 60 different federal, state, county and city government sources. Not only that, but every report requires our researchers to apply all of their knowledge of real estate, leasing, residential rental laws and advanced research techniques.

Today, to give you an example of our work, I'm going to tell you the story of a recent case that pushed my "little grey cells" to the limit.

It was a sweltering spring night at RentConfident HQ. I was working late, paging through newswires about apartment litigation and flash in the pan web startups when the message light on my phone went red. Her name was Melanie. She might have been tall, leggy and gorgeous but I'll never know since I only spoke to her through text. What I do know is that she's got two kids, a husband, and a major problem on her hands.

"Landlord wants 2 move his family into our apartment. He's given 60 days. Looking in Skokie. Can u help?"

Now, I don't normally take cases in Skokie. They don't publish the data I need. Chicago may have her flaws but she's a complete stool pigeon when it comes to giving up the goods on bad landlords. Skokie on the other hand is a tight-lipped, closed-off town. No bona fides, no coverage, no dice, and I said as much to Miss Melanie. But she was insistent and promised to make it worth my while. I took the assignment. What can I say, I'm a sucker for dames in distress.

"Alright, sweetheart. I'll take your case. The federal, state and county level information is the same, but I'm warning you, when it comes to turning up city data like building code violations and construction permits I'm gonna be out of my depth."

I figured I'd never hear from her again. After all, what good is an investigation if it can only turn up half of the data? But three days later I get another text. "We've found an apartment! We applied for it! Can you check it out for us?" She passed along the address. I shrugged and got to work.

It took me 20 seconds to find the county ID number for the address Melanie gave me. That's step one of every one of my apartment investigations. I knew as soon as I saw the ID number that it was a condo, and that spelled trouble. Renting a condo is a risky venture. While the units themselves tend to be in good condition, their owners can be pretty clueless when it comes to being a good landlord. In a normal apartment investigation I have to check the owners and their buildings and be done with it. In a condo, the "usual suspects" also include the condo board. Nothing in a condo building escapes the notice of the board, and they're often useful sources of information as they have less skin in the game when it comes to renting out individual units.

Unlike Chicago, Skokie requires landlords to be registered and trained, and their apartments inspected annually. Unfortunately Skokie condo owners in big buildings like the one Melanie was considering are exempt from that sort of scrutiny. This meant that no city building inspector had seen the inside of the unit in years.

Normally my next step in this kind of investigation is to check ownership records and condominium board filings at the county recorder's office. Foreclosures, building code lawsuits, unpaid water bills and changes to condo policies all wind up there. But it was Sunday, and the recorder's site is about as reliable as a bucket full of holes. Sure enough it was down. The most critical part of the data would have to wait until someone downtown discovered the outage on Monday morning.

In the meantime I continued working through my other standard sources. The property taxes had been paid up. The owner, who we'll call Mr. Solomon, had taken a homeowner's exemption for every year up to 2014. The county clerk of court's website was blessedly still functional, so I was able to determine that he'd never evicted anyone, nor been involved in any other lawsuits at the county, state or federal level. No bankruptcies, no felonies.

The condo association was also pretty clean when it came to courthouse activity. They hadn't been involved in any major lawsuits in the past 12 years.

The local school was pretty strong. There was one registered sex offender living within a few blocks, but a pretty major street ran between him and the apartment so I wasn't too worried.

I wrote up everything I could find, and Melanie was grateful to hear that everything seemed to be on the up and up. But I had a nagging feeling about the condo association. I told her that the investigation wasn't quite finished. Melanie mentioned in passing that the landlord's agent had said, "I have barely spoken with the owner. He just mailed me the keys and set the price and I haven't heard from him since." That sent up two more red flags. First of all, if a landlord isn't willing to communicate with his agent, he certainly will not be willing to communicate with his tenants. Secondly, if an agent has actual knowledge of a problem, he's required to disclose it. He's not required to do any digging on his own, though. If we were going to find out about hidden problems with the condo, it wouldn't be because of the agent.

I did a little more digging on Sunday night. I discovered that Solomon worked at a branch of a major bank in nearby Evanston. I also learned that he had bought another condo in Chicago in July of 2014. The tax bills for the condo were all being sent to his new house in Chicago. Mr. Solomon's story appeared on the surface to be the same as many other condo owners these days. Bachelor gets married, buys a place with his spouse, can't sell his bachelor pad so he rents it out for a while. I would soon learn that Solomon was hiding some information from everyone.

Come Monday morning the Cook recorder's site was back up and running as anticipated. I plugged in the county ID for Solomon's condo and was rewarded with a copy of every legal document affecting the condo going back to 1986. I found Solomon's deed for the property. I found his mortgage. He had no pending foreclosures on the condo, nor on his new home in the city. He'd paid his water bill. No lawsuits had been filed for building code problems. However, sitting at the top of the list was an amendment to the condominium association's bylaws, recorded in May of 2014, just 2 and a half months before Solomon had moved out.

This is the part that the automated services won't do for you. I clicked on that amendment. I read it. And sure enough, the association had banned all rentals effective 2 years from its recording date. Any owner found renting their unit would be subject to fines and evictions, along with their tenants. I took a screenshot of the amendment and immediately notified Melanie.

She got back to me about an hour later. "Spoke with the agent. He says that Solomon is unaware of a rental ban and that the property has been rented for the past 3 years. Also, we've been approved to rent the apartment. Should we sign the lease?"

Solomon was lying, and not just little white lies. I made one more quick search to confirm his lie as I picked up the phone to text Melanie, but I already knew what I would find. I told Melanie, "Do as you like, but I wouldn't touch that condo with a ten foot pole."

How did I know he was lying? Can you solve the mystery? Let me know in the comments or on our Facebook page if you can follow my logic. I'll be back a week from today to explain my reasoning in the exciting conclusion of ... The Mysterious Affair at Skokie!