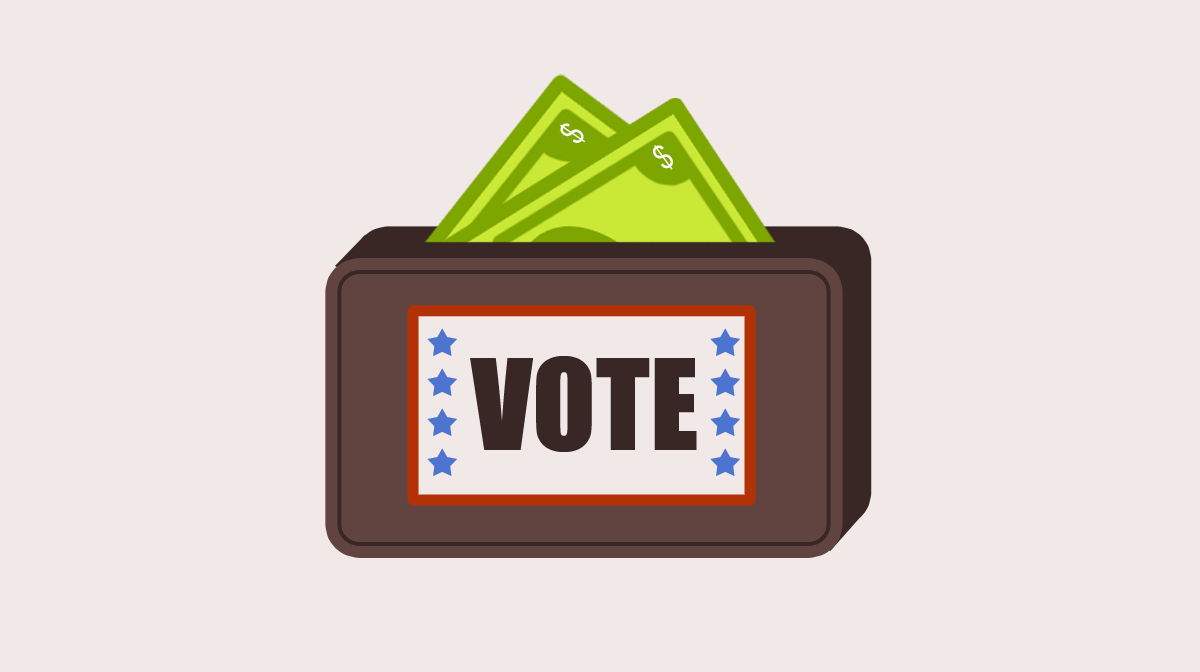 Chicago's heavy tilt towards the Democratic party made us decide to step outside our normal local focus and look instead at the apartment industry nationwide. We took the National Multifamily Housing Council's 2016 list of the top 50 apartment owners in the country, and looked up the campaign contributions of all 51 of the people listed in the "Corporate Officer" column.

We did give some thought as to whether or not Corporate Officers of billion dollar publicly traded companies can really be considered landlords. But their business is still property management even if their jobs are very far removed from that of the building superintendent who lives in the basement. Together with their staffs they are responsible for the management of just shy of 3 million apartments, housing about 2% of the total American population.

Using Open Secrets we looked up and tallied the donations by party for every one of the CEOs on the NMHC's list. Open Secrets lists all contributions over $200.

The people on the list also made contributions to 6 industry Political Action Committees (PACs) so we also took a look at how those PACs distributed their donations.

You can download a spreadsheet of our data here. Note that we have removed all names but can certainly provide a copy with names if you need it for research. Just drop us a note on the Contact page.

Of the 51 Corporate Officers (COs) we surveyed, 14 made no political donation in the past 6 years. 31 of them made direct donations to individual candidates, political parties or candidate-specific Super PACs.

All of the COs on the list are white. Only one is female, and she made no donations. All are over the age of 40, most over 50.

20 states were represented, with heavy representation from California, Massachusetts, Colorado and Texas.

Only one of the COs made a donation to an Independent candidate.

Donations to Democrats came largely from two donors while the Republican donations were sourced from many smaller ones.

There was a higher incidence of Republicans in Blue states than there was of Democrats in Red states, but there were also fewer Democrat donations overall.

25 of the donors gave over 85% of their cash to single parties. Only 7 were substantially bipartisan in their contributions. Of those 7 who split their donations across party lines, only 2 were close to 50/50, with another 4 dividing their donations with a 1/3 - 2/3 split between parties.

Nine of the donors to individual campaigns spent over $100k on political contributions over the six years we surveyed, with the top donor giving $675,936.

Given that each of these COs is the head of a company with properties in locations across the country, it is no surprise that most of them donated to races outside of their home states.

There are 6 PACs specific to the real estate and apartment industry that donated over $1 million to political campaigns between 2011 and 2016. These PACs are:

With one exception, only predominantly Republican CEOs contributed to the industry PACs, with the Democrats preferring to give money directly to candidates they support or to the Democratic party.

This within shouting distance of a recent Gallup survey showing that 48% of registered voters are Democrats and 44% are Republican.

Every profession has its verb - doctors heal, lawyers sue, landlords evict people who can't pay. Both landlords and CEOs have a reputation for being as money-first conservatives. As well-paid executives go, these 51 corporate officers are at the top of the heap with seven figure salaries. Their companies are for the most part publicly traded. These are people who have buildings named after them. They have heirs, not kids. These are not small private landlords.

While conservative does not necessarily equal Republican, there's a strong correlation between the two, especially when it comes to large scale political donations. We went into this expecting to see a very strong bias towards Republican donations and were somewhat surprised to see how equal the total sums donated were to each party.

It was not surprising to us to see the number of iconoclast landlords who voted against the dominant party for their state. In particular, 7 out of the 9 six-figure donors all broke step with the red/blue divide. Choosing to invest in real estate over the more traditional stocks and bonds takes a certain willingness to go your own way. However, this did not make them sufficiently independent to toss cash at third-party candidates.

It was also not surprising that the largest single donor to the Democrats leads a company focused on affordable housing. This made us wonder though: rentals generally serve those on the lower end of the income nationwide.

The amount invested in total - $3.03 million - isn't all that much in the grand scheme of things. That would buy you a couple of nice four-flats in Wrigleyville. (Or it would have last year. Congrats to the Cubbies!) It becomes more impressive when you realize that it came from just 36 people.

Above all it gave us pause to think that most of the $3.03 million spent by these COs on politics all came from rent. Could the COs have perhaps found a better outlet for the money that would more directly help their tenants? And what were the 14 non-donors doing with their money instead?