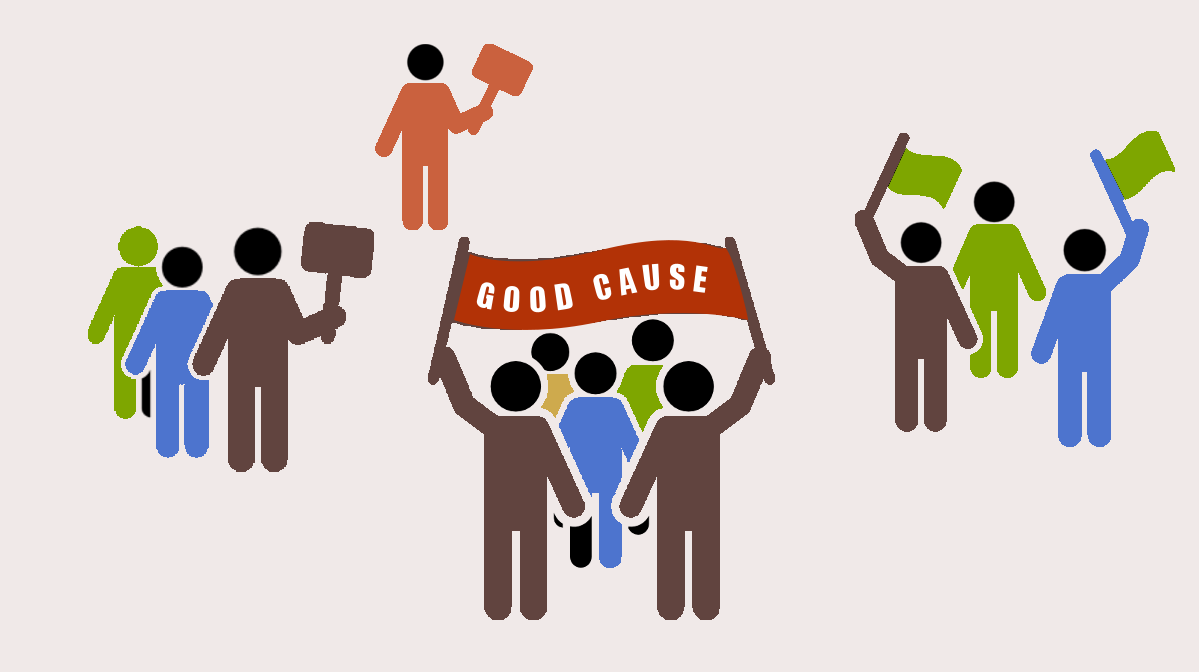 This past week an urgent email arrived from another prominent blogger in the Chicago rental scene, Richard Magnone of the law firm of Reda, Ciprian and Magnone. He is the author of the Chicago Eviction blog, which speaks to landlords much in the same way that we speak to tenants, with the added bonus that Rich is an attorney. The email referenced a draft "Good Cause Eviction" ordinance that Proco Joe Moreno was planning to introduce to the city council this past week.

The draft was written with input from the Lawyers' Committee for Better Housing, a group of attorneys that predominantly focuses on defending low income renters in court. It echoes similar laws already on the books in cities such as San Francisco, Seattle, DC and Los Angeles.

Magnone treated this proposed new law with outrage, calling to action his entire mailing list of landlords and the attorneys that represent them. Whether a mass landlord protest at Moreno's office occurred or not, what we know is that the alderman has decided to postpone the introduction of this legislation to the city council for this time and has instead decided to create a task force for further investigation.

So what is this ordinance and why is Mr. Magnone so upset about it? If landlords are angry about it, should tenants be supporting it vocally and emphatically? Let's get into the details.

While there are many different reasons for evicting someone, from the perspective of the process that a landlord must follow there are really three distinct categories, grouped by the amount of notice that the landlord must provide to the tenant and the type of court proceedings that must follow these notices.

Unpaid Rent / 5 days This is the most common form of court-based eviction. If you haven't paid your rent, the landlord sends you a "pay or quit" notice with a 5 day deadline. If you haven't settled your bill by the end of that five days they may then file in court to evict.

If these cases go to court they are usually cut-and-dried with little complexity. Either the tenant pays or they don't.

Behavior / 10 days Now, say you're current on your rent but the landlord discovers that you're keeping a dog in your "pet free" apartment. Or you've snuck in a roommate without informing the landlord. Or you're running 12 loads of laundry per day. These are all behavioral problems. For these situations a landlord would send a "cure or quit" notice with a 10 day deadline. If the problem behavior doesn't stop by the end of those 10 days, the landlord may file in court to evict.

These cases are far more complex than the payment-related ones. It can be challenging for a landlord to prove that you're keeping a dog on site or that a stranger is living in the building. Behavioral evictions rarely succeed in the Cook County courts.

Landlord Fault / 30 days Here we get to the eviction type that is less frequently discussed, and the type that is at stake in the "Good Cause Eviction" ordinance.

Suppose the landlord wants to move their family in to your apartment. Or the building is going condo or the unit is in such bad condition that they need to move you out in order to fix it.

In these cases a landlord can wait until one month before your lease expires and then send you a 30 day notice that your lease will not be renewed. It doesn't seem like an eviction. Most people upon receiving these notices will shrug and move along. But what happens if you don't? Just as in the prior two cases, if that 30 day deadline passes and you're still in there the landlord can file to evict.

So What's The Problem?

Now all that seems legit on the surface. It's their property and they can, to an extent, do what they want with it to improve its marketability and serve their own family. But let's look at all the other reasons why Chicago landlords use the 30 days notice.

Suppose that you have made so many complaints to your landlord's office that they want to "divorce" you. 30 days.

Suppose that the landlord didn't want to go through the hassle of proving a 10 day behavioral case in court. 30 days.

Suppose that the landlord decides they just don't like your face and don't want to do business with you anymore. 30 days.

Basically any situation where the landlord could plausibly use that old breakup cliche "It's not you, it's us" falls within the realm of the 30 day notice. Many renters will simply accept that the contract has been terminated despite the high cost of moving, without realizing that they've just been evicted without the benefit of a court trial.

The other problem is that given the high cost that tenants must pay when they want to break their leases, it isn't really fair that a landlord can just decide not to renew a lease without paying any fees or fines at all.

Of course, a one year lease is a one year lease for a reason and I have personal issues with any year-long contract that automatically renews without both parties having to opt in, but that is not how contracts are treated in the modern age. Renewals, especially in housing and utility situations, are expected.

What Would the Good Cause Ordinance Do?

Here's the draft of the ordinance that Rich sent me. Don't worry, I'll summarize below.


The Good Cause Ordinance in its current draft would restrict the reasons a landlord could use for a landlord-fault eviction to just four. It also extends the deadlines severely in each case from the current 30 days. These four are:

It also adds a "lease break" fee of $10,600 that landlords must pay for exercising any of these options.

If the landlord wants to replace a tenant with a family member they cannot remove a disabled renter or someone with a life-threatening illness. The courts may also require the landlord to offer a suitable replacement apartment if the landlord has more than one rental unit in their portfolio.

The offer of a replacement unit may also be a contingency for situations where major repairs are needed.

The ordinance would also require more advance notice to tenants of rent increases, and would cap annual rent increases at 20% per year. This addresses yet another route landlords use to unofficially force someone out without due process, by offering them a lease renewal but doubling or tripling their rent.

Problems with the Ordinance

Like all first drafts, there are issues with the proposed Good Cause Ordinance. Here are some of my initial reactions.

Benefits of the Ordinance

There is no doubt that the 30 day notice has been abused in Chicago. Landlords tend to discount the high cost of moving. Tenants accept these notices and the associated costs without necessarily understanding that they are getting evicted.

Above I compared the end of a rental contract to a breakup or a divorce. But a landlord and tenant are not on the same footing as two spouses. A landlord by default will have more money and the title to the building. If a tenant is going to lose their home at the whim of a landlord they need to be able to have their day in court.

For too many years the 30 day notice loophole has allowed landlords with questionable motives to avoid the court system altogether. While a bartender can cut you off if they think you've had too much to drink, a landlord throwing you out of your home because they think you've made too many complaints is a different story.

Also, while the flat fee for relocation assistance seems flawed to me, I do like the idea that a landlord would need to pay a lease break fee just as tenants do.

The inclusion of the 20% rent hike cap also gives an idea of where the needle would land should the ban on rent control in Chicago ever be lifted, so this draft gives us a nice preview of coming attractions at least.

All in all I think that the Good Cause Ordinance is a good idea but deeply flawed in its current draft form. I also think that this is not the right time for Chicago to institute such a law.

Many other cities may have enacted similar laws, but they may not have the equivalent of Chicago's notorious and mighty RLTO. Legislators must be very cautious that they do not create any unnecessary new laws that conflict with or weaken the RLTO.

And as I've said before, there will be no eviction reform in Chicago without tort reform. This law will add more cases to the court system without doing anything to alleviate the existing eviction case overload and long wait times for due process that make a joke out of the right to a speedy trial. Get the average turnaround time for an eviction down from six months and maybe we can revisit this then.