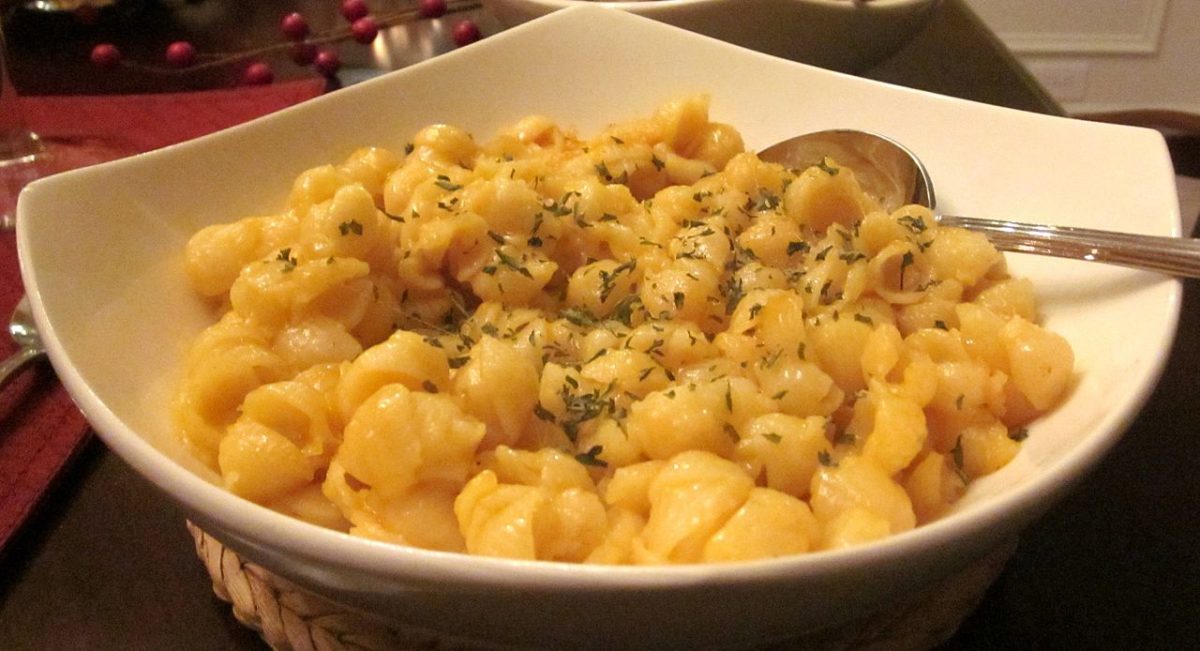 You are six years old. Your parents take you to a local Italian restaurant with a kids' menu. You love their macaroni and cheese. It's basic and bland and to your little kid taste buds it's delicious. You go back every couple of months and you get the same thing every time.

One day your mom goes on a health food kick. You return to the restaurant and your mother looks over the menu with her newly opened eyes. The kids' menu is full of junk! Too high in carbs. Too high in fat. You won't be eating any of that anymore! The only dish that she sees fit to feed you is the organic fagioli primavera risotto from the adults' menu.

"I'm sorry," says the waiter, "but your son is too young for that sort of dish. Most kids can't handle the strong flavors and textures. We advise young children to order from the kids menu. That way everyone can have a good time and a good meal."

Your mother isn't going to stand for that. "That's discrimination!" she shouts. "You can't keep someone from ordering a dish just because of their age! You'll be hearing from my lawyers!" She bundles you up and takes you home.

One lawsuit later, the restaurant has changed their policies to allow patrons of any age to order any dish on the menu. In fact, just to be on the safe side, they've gotten ride of the kids' menu altogether. Your mother unashamedly takes you back there for dinner and amazingly enough, they seat you. "You see, son?" she says. "You can have anything you like. You can have eggplant, or salad, or a nice grilled free range chicken breast..."

Of course, this is a housing blog. And as some of you will have already figured out, my story above is an parable on the current state of fair housing. Replace the restaurant with a landlord, the kid with a member of a protected class, and the mom with the civil rights activists and legislators who fight for equal access to housing on a daily basis. Fair housing laws serve to open doors for people. But the existence of an open door does not guarantee that people will pass through it.

Humans try to be mature and rational in our choices. We set policies for others to follow that will allow us all to thrive equally. Yet when it comes to changing our own ways, we can be very childish. We order the same things at restaurants. We resist converting our cars from one fuel source (gas) to another less wasteful fuel source (electric).

After 47 years of fair housing laws we know full well that integrated communities are helpful for everyone on a very large scale. In an integrated neighborhood the costs of supporting the less privileged are distributed across many locations instead of concentrated in specific troubled areas. Money spent to improve living conditions seems more useful when real evidence of its use can be seen on your own block. We would like to see our superhero selves encouraging integrated living. But we don't want to live somewhere where we'll be singled out or harassed for being different than our neighbors. When it comes to moving, it's safer for us to stick with tried and true familiar areas. Like the little kid in the story, we want our mac & cheese.

Fair housing laws govern the behavior of home sellers, landlords and agents, forcing them to allow everyone to live wherever they choose. They say nothing about encouraging or forcing buyers and renters to move into new neighborhoods that could be outside their comfort zone. A huge portion of the responsibility for reducing segregation in the US depends on renters and buyers choosing to move into integrated neighborhoods. It has to be a deliberate choice.

Choosing to move to an integrated neighborhood involves more than a lot of folks are willing to take on. It may make them feel threatened or isolated from their neighbors. It might invite shaming from their friends and family. While many laws are annoying or even obnoxious, very few require people to deliberately place themselves in harm's way, especially when it comes to something as personal and life-essential as housing. There will probably never be fair housing laws directed at renters and buyers.

RentConfident provides data to renters to help them avoid risky and dangerous apartments. One part of the information we provide is demographic data from the US Census Bureau. This means race, gender, age and income breakdowns for the area immediately surrounding a building. We provide the same data for the city of Chicago as a whole as a point of comparison.

In May, Nate Silver of Five Thirty Eight came out with an article showing that the most diverse cities in the US are often also the most segregated. [link] Chicago was featured as the "most segregated" city in the nation.

In June, the Supreme Court handed down a decision in the case of Texas HUD vs Inclusive Communities, Inc stating that any action that has unfairly blocks members of a protected class from getting housing is a violation of fair housing law, regardless of if it's intentional or not.

Earlier this month I overheard a conversation in a coffee shop between two friends. One was talking about moving, which always makes me perk up my ears.

"Wow," said his friend, "you're going from Boystown to Bridgeport? Are you gonna be ok down there?"
"Oh, I'm not worried," replied the moving man. "There's plenty of us down there. I'll be fine."

I left the coffee shop wondering, were our reports indirectly contributing to Chicago's segregation nature? Are we breaking the law? Even if we aren't, should we take out the census data anyhow?

I got back to the office and started a small quest to figure out if we were totally legal. After several different attorneys were uncertain but curious about the response, I wound up on the phone with an attorney at the Chicago Lawyers' Committee for Civil Rights Under Law, a public interest group that works to enforce civil rights laws citywide. The answer: what we're doing is legal from a fair housing standpoint. From a civil rights standpoint it's neutral. She left me with the following quote: "Free choice of housing has always been the goal. People should always have the right to live where they like, free of discrimination."

So it's about free choice of housing, not integrated housing. The two are vastly different goals.

Our demographic data informs a free housing choice. It also serves an additional role which could over time contribute to integration. To see what I mean, let's go back to the restaurant and sit with Grandma for a bit.

Grandma looks over the menu. "I know you like mac & cheese, son. Do you know what's in it? It's noodles and milk and cheese."

"Well let's look over this new menu and see if there's anything else that's made of the same stuff. How about this fettuccine alfredo?"

"Baby steps," replies Grandma. "I remember when you wouldn't eat anything but white rice for six months. Let's find him something to eat, and maybe next time we can try something like lasagna."

"It's kind of like... pizza. But with noodles instead of a crust."

Our customers come to us looking for data and it would be wrong of us to withhold any pertinent information, including demographic data, especially when it's available in many other locations.

If we provide enough context we can prove that a new neighborhood isn't all that different. Maybe the crime rate in that mixed income neighborhood is actually lower than where they live now. Maybe the public schools are doing a little better since the parents can't afford to send the brightest kids to private school. Maybe the trouble spots are on the other side of the neighborhood from their new apartment.

We'll be keeping the data. We can't immediately convince someone that their assumptions about certain races and social classes are incorrect. We can't nudge them out of their current neighborhoods. We know full well that just like most kids will stick with their mac & cheese, many renters will stay with their own race and economic class when they move. Our existence is not likely to change that. But we can hope that over time, if we keep making like Grandma and explaining the available options, more people will try the lasagna.

7 thoughts on “Lawsuits in an Italian restaurant”