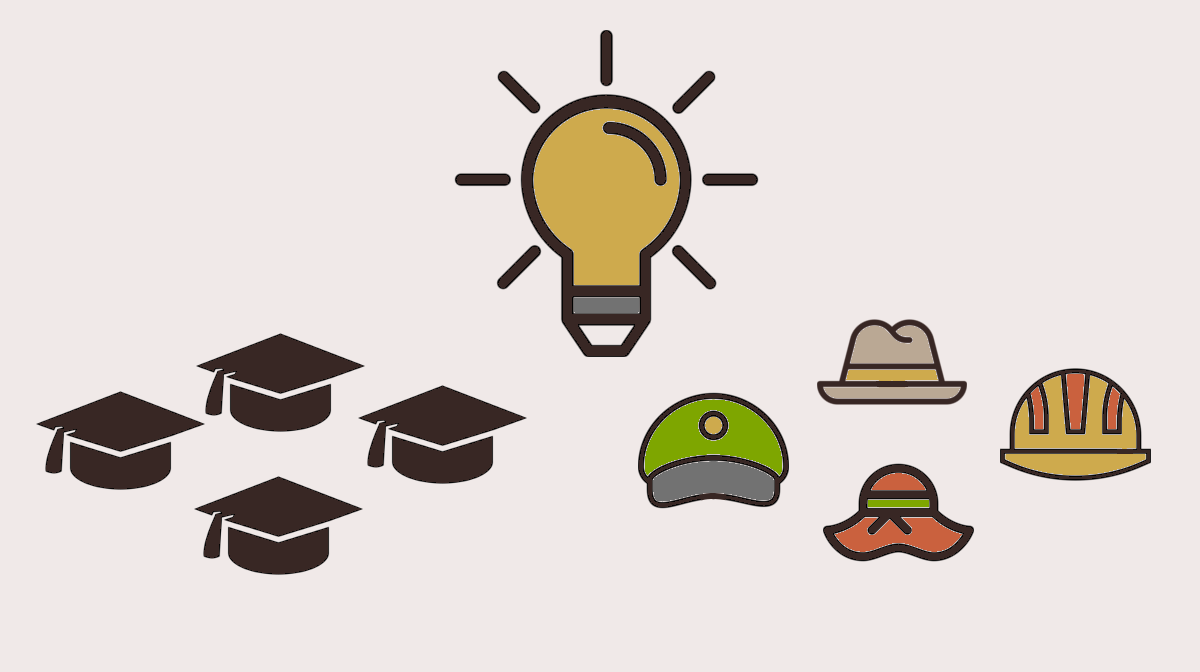 Over the past few weeks I've been looking at the groups across the US that focus on research into apartments, multifamily housing, and related landlord-tenant matters. I started with a comparison of the abundant research into tenant matters and low income housing against the scarce research into landlord matters. I then moved on to a roundup of the recent research papers released by graduate and doctoral students across the US. Last week I provided a list of the universities and colleges across the country with centers or departments dedicated to housing studies.

But not all housing-related scholarship occurs on college campuses. The US also has a large number of think tanks, corporate groups which focus on research and advocacy. Some are for-profit, most are non-profit. Most are based in Washington, DC.

As is the nature of research outside of academia, these think tanks exist because their board members have certain deeply held beliefs that they wish to advance throughout the country. Some lean to the left, others lean to the right, very few are entirely neutral even though many claim to be. This means that while the output of each group is valuable, none of it can be held as 100% accurate without also considering the output from the other side of the political spectrum. Of course this is the case with all research output but I feel that it's even more important when it comes to the work produced by think tanks.

Today in a similar manner to last week's list of university programs I have a curated list of some of these think tanks. In order to be included in this list a group must satisfy three criteria. They must make it clear in their mission statement that research gets an equal or greater focus than advocacy. If housing is not the primary focus of their research they must at least have a distinct sub-group dedicated to the topic. Note that this means some groups are focused more on homeownership than on renting. Finally, at least some fraction of their research must be available online outside a paywall.

As most of these groups are based in Washington I've opted to split the list into left and right leaning groups rather than by location. Note that in some cases the bias may be very slight, while for others it is far more pronounced. As is the case with last week's article, this list is probably not exhaustive but it could become so with your input. If you feel I've missed a group that should be included please let me know at the RentConfident account on Twitter or Facebook.

This is the final installment in this roughly month-long look into housing scholarship, particularly that which looks at rental housing in the US. I've seen some comments on previous articles in the series stating that they had no idea that the subject was so widely covered. This ties in to something once told to me by a real estate instructor: "Nobody goes into real estate as their first career." Few little kids will ever say they want to grow up to be a landlord, or a tenant for that matter. It isn't a high-demand subject even at the undergrad level. But even so I have often stated that housing - particularly rental housing - is a reflection of every aspect of a given culture. It is therefore worthy of study in my opinion even if it takes people a few decades of life experience to come around to it.

Apartments figure into the hierarchy of needs at all five points on the pyramid. Housing is a universal human need for survival but high density housing can also be a focal point for community development, an element that figures into both the perils of poverty and the splendor of wealth, a cause for rioting and protests or proof positive of the American Dream in progress. An apartment can be crucial or disposable, hazardous or posh. Being a landlord takes a blend of wealth, charity and iconoclasm. Apartment construction treads the DMZ between commercial and residential, between the concerns of the eco-minded and economically mindful, between NIMBY and YIMBY.

Every social and cultural group has their own story when it comes to renting. Students and renting. Young adults and renting. Children in rental housing. Elderly in rental housing. Adults who could buy a home but choose to keep renting. Renting as an unmarried couple, a gay couple, a trio, a set of roommates, or alone. Renting as a poor person, a wealthy person, a middle class person, a working class person. The interaction of hospitals, schools, churches, government services and high density housing. I have been blogging about renting consistently since 2012 and I'm not out of material by a longshot.

When creators of scripted TV want to generate plotline after plotline for their characters they plonk them into apartment life. Shows set in or featuring apartment buildings (or the space-based equivalent "crew quarters") are too numerous to count. Apartments are as much of a trope as the strict teachers, the teenagers with an attitude problem and the ditzy blondes. Youtube commentators and Reddit historians discuss faded socialites and mentally ill eccentrics who shut themselves up in apartments for decades. Apartments in fiction and curiosity tales have become a shortcut to character development so densely packed that it may well generate its own gravitational pull. When a topic is so romanticized in fiction the public can form beliefs about it that have no basis in fact. When a topic so central to the lives of so many people is viewed through the distorted lens of folklore, policies and behaviors arise based on assumptions that are most likely false.

Housing studies as a named topic has only existed for a few decades, and yet in many cases looking back over history the remains of housing found by archaeologists are some of the only records we have of ancient cultures. The pueblos of the American southwest - the apartments of their day - are the oldest surviving manmade structures on the continent. If archaeologists can discern such vast amounts of cultural knowledge from uncovering thousand year old house foundations, what can we learn by studying an existing modern apartment community?

For me the amazing thing is not the breadth of the scholarship I've uncovered over the past month, but the scarcity of it. Hopefully this series can serve as a snapshot that others can use to move the topic forward.