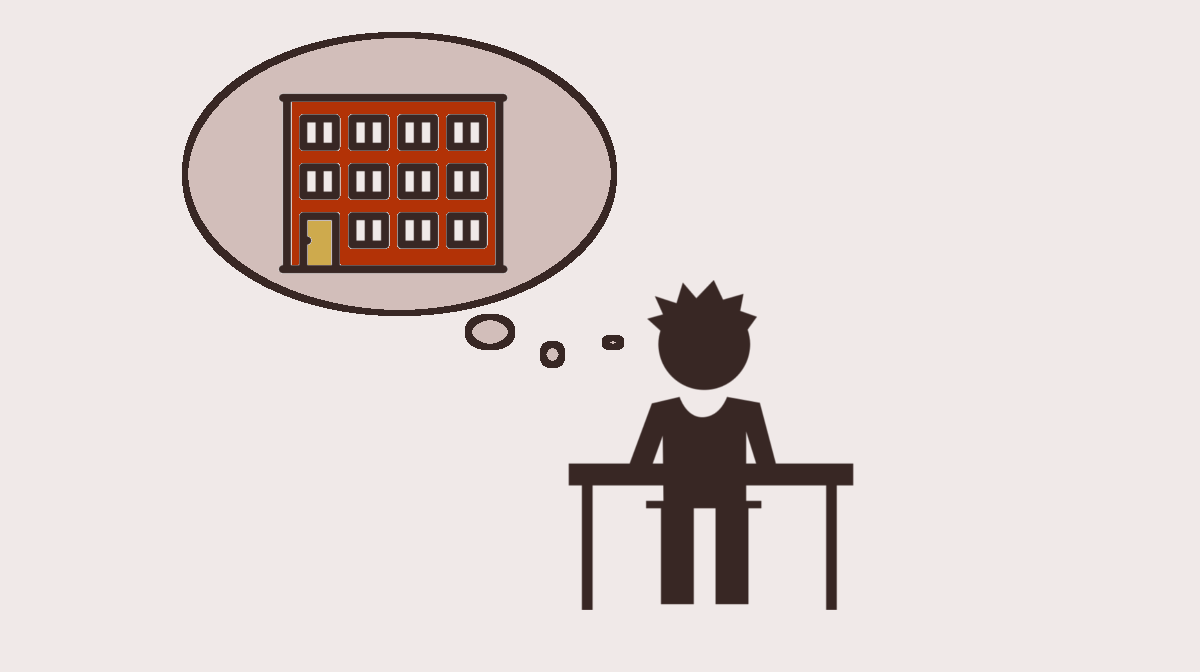 Towards the end of last week's article I went off on a bit of a rant about the importance of studying apartment life as a reflection of modern culture. Longtime readers will know that I'll sometimes go back in after an article has launched and add a sentence or two as an afterthought. Last week I added the following sentence: "When a topic so central to the lives of so many people is viewed through the distorted lens of folklore, policies and behaviors arise based on assumptions that are most likely false."

Tropes are fictional shortcuts. They are used by authors, scriptwriters and playwrights to quickly indicate character traits, setting, or get the plot moving in a particular direction. When it comes to apartments there are tons of tropes. Apartments themselves are a trope used to show that the setting involves young, urban characters who are not all that wealthy and don't have kids. Today we're going to look at four common apartment-related tropes and see how they measure up to reality based on my own experience and statistics I've been able to dig up.

According to the Chicago building code, a room must have windows and a door in order to be considered as a viable bedroom. There are other criteria, but those two are the most pertinent to this particular trope. Because of these requirements bedrooms are usually along the outside of a building. This means that bedrooms are often in the corners of buildings where they don't share walls with the apartments next door. Modern architects tend to alternate bedrooms with closets to avoid forcing strangers to sleep side by side. Your average Chicago 2-6 unit walkup will have apartments stacked vertically but not horizontally unless there's a hallway of some sort separating them. I'm sure there are some buildings where bedrooms of one unit butt up against those of another unit with only a very thin wall in between, but for the most part it isn't the case. You might hear your next door neighbors from the kitchen or living room, but you're more likely to be awakened by someone above you or revving their car outside.

So why is this trope so common? Because authors need a way to force their homebody characters into an adventure, and overhearing their neighbors next door through paper thin apartment walls is a good way to make this happen.

I've seen thousands of apartments throughout my career, many of them occupied. A lot of them had been at least halfheartedly cleaned in preparation for apartment showings. Based on my experience there is a threshold of mess between average clutter due to insufficient closet space and downright stinking filth. Before you reach that threshold I would say that yes, young men living in pairs or groups of roommates tend to be the messiest. However, once you cross over from clutter to chaos it was actually the young women living alone who were the worst offenders. I suspect this is because women expect to handle their own cleaning while men expect someone else will do it. Once you cross that threshold of filth the young women get grossed out and simply can't overcome their own inertia, while young men will simply hire a cleaning service.

However, in retrospect it wasn't gender that split the clean from the dirty, but substance use. The dirtiest apartments were always full of dirty ashtrays, water pipes and empty beer bottles. They weren't the actual substance of the mess, but symptoms of the overall grime throughout the apartments.

This trope is most commonly seen in romantic comedies to imply how the male lead is incompetent at basic self-care without the assistance of the female lead. It might also be used to convey a wild-and-crazy frat house environment.

Verdict: Plausible, but only because young men are more likely to consume drugs and alcohol.

Trope #3: Leaks in a living environment always come from the ceiling.

Water doesn't simply enter through a solid sheet of plywood. It finds its way in through cracks which usually form at joints between materials. Once it comes in it can run quite far horizontally before moving downwards again. Given the option of running down a wall or forming into a droplet to go through the air it will merrily continue along the wall. This means that water dripping directly onto your head from above is actually quite rare unless you're sitting under a light fixture that allows the water to penetrate the ceiling. Based on my own experience, leaks are more common along windows and exterior walls than they are in ceilings.

This is actually quite a dangerous trope to have out there, as it leads prospective renters to look at ceilings for signs of water damage but ignore the places where that damage would actually be apparent. If you want to find water damage look at floorboards, light switches and the sides of window frames.

Creatives like to use the ceiling water leak as a sight gag. It punctuates and enhances the pathetic lot of a down-and-out character who may be unable to afford repairs, as if the sky is crying on them. It might be the last straw that pushes a character from annoyance to anger. In horror movies it's the universal sign that someone's dead upstairs. It plays on the idea of "bad things from where you least expect them." It isn't supposed to rain indoors and people rarely look up unless provoked by an outside force.

Trope #4: You can find a studio apartment anywhere in the city.

Your average old school bespoke apartment building is not built to include studios. The buildings that do have studios were usually built originally as hotels and converted at a later date. This means that studios tend to be clustered together in current or former tourism-focused areas of the city. Chicago is no different. You can find a lot of studios along the lakefront but very few in the inland neighborhoods. New buildings in the downtown area are making them again but this is more because of the modern fear of living with strangers.

Authors will plonk down characters living in studio apartments anywhere in a city. This is done so they don't have to create a roommate character but can still pass of their lead as lower class. While this might work in other cities that developed later than Chicago, around here that just doesn't make sense.

What apartment tropes can you think of? Let me know and I might do a follow up to this one. There's tons of them out there!