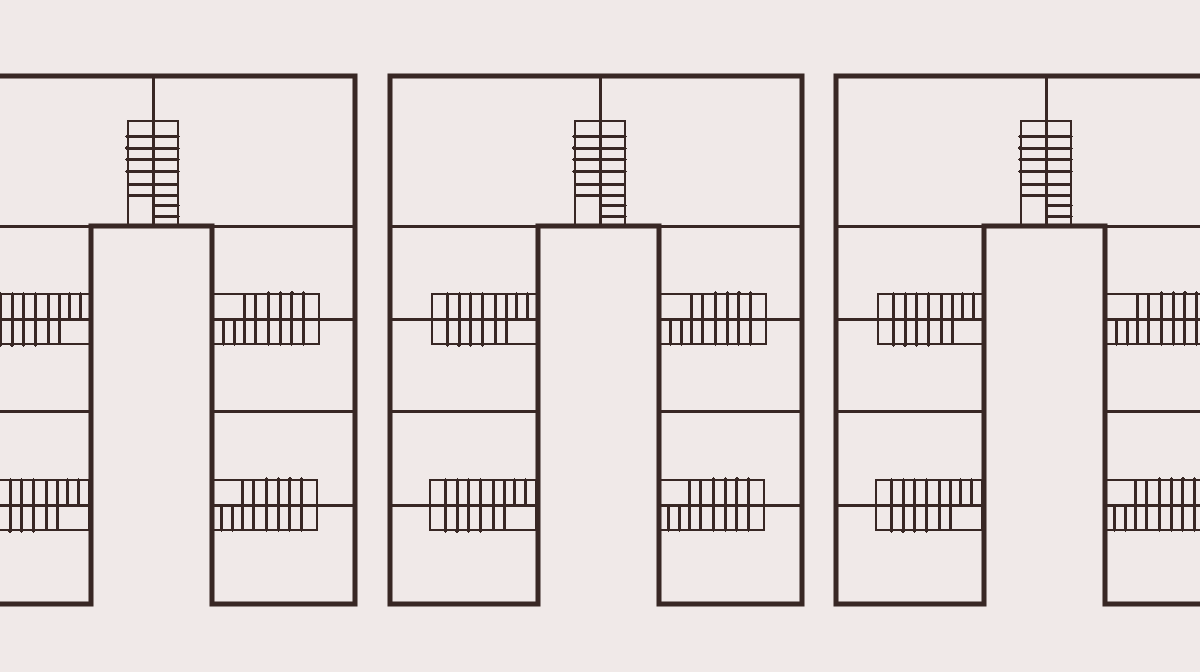 Today we're going to explore the reason why we've got so many of them, and also why we don't see many new ones popping up in the 21st century landscape.

From time to time certain pseudo-scientific trends will capture the fancy of the American public, permeating our culture from our interactions to our architecture. During the 2000-2010 era we saw the concern for cleanliness displayed in TV cooking shows parlay itself into kitchens filled with stainless steel appliances. In recent years the trend of calling spare rooms "man caves" in real estate listings has shifted to calling them "home schooling rooms," partly in response to anti-vaxxers who are not permitted to send their unvaccinated children to public schools.

In the early 20th century a similar trend was sweeping the nation in the form of an obsession with fresh air at night. Sleeping porches and large airy bedrooms were all the rage. In fact if you look at the ads that I included in the most recent Classified History article covering the Tribune's apartment listings from 1901-1933, you'll see both of those features mentioned over and over again. Fresh air at night was believed to be a health safeguard and a curative for all range of illnesses. Housing that allowed for cross-ventilation was highly desirable to the point where housing without it was deemed unsanitary by the city government.

At the beginning of the 20th century Chicago had a lot of flat empty land, unlike New York, and wasn't menaced by earthquakes unlike San Francisco. We also had an opportunity to rebuild with a plan following the Great Fire. Our new streets were laid out in a grid pattern with identical lot sizes. Nearly every block had an alley. We also were dealing with a population explosion. There was a strong need for a lot of new housing, and quickly. But the city was worried that all of this new housing would be of subpar quality and wanted to avoid problems with slum tenements that had faced cities out east.

In order to prevent the creation of overcrowded slum housing, in 1902 the city issued a Tenement ordinance that prevented new buildings from taking up more than 65% of a lot. This combined with the obsession with fresh air led to the evolution of what we now know as the Chicago courtyard building. We already had the six-flat, a three story structure with six apartments branching off of a single common entry stairwell. To make a courtyard, an architect snapped together five of these six-flat buildings and bent them into the shape of a U.

The structure became quite popular. There are still certain blocks, as shown in the map below of a block of West Cornelia Ave in Lakeview, where you can see courtyard after courtyard.

Of course courtyards had been in existence for centuries. Archaeologists have discovered ruined courtyard structures dating back to the ancient Greeks and Romans. It's a very common building style. But Chicago's Lego-brick assembly of an existing structural style into a courtyard formation was unique and offered certain benefits. It made use of all that extra land. It only took up 65% of the lot as required by law. It allowed every unit in the building to have that all-important cross ventilation, since every apartment would have windows on two opposite sides.

But the convenience and perceived health benefits of the courtyard structure was only half of the reason why they were so popular. The other half has to do with how well they served the needs of a city at the dawn of the mechanical era.

I've waxed rhapsodic about Chicago's alleys before. They're unique to this city and they're little engineering marvels. They're an entirely separate and secret street grid, allowing us to handle the sometimes messy mechanics of daily life sight unseen while presenting a pretty view to the street.

Chicago of the early 20th century was a city where everything was delivered. For a largely agricultural society this was quite abnormal. Milk was delivered. Ice was delivered. Apartments suddenly had ice boxes and plumbing and electrical wiring. It was easier for plumbers and electricians to set up apartments with kitchens and bathrooms stacked on top of each other, allowing for straight runs of pipes and conduits. It was easier for citizens and delivery folk to tote the milk, ice and coal up the back stairs directly from the alleys to the kitchen doors. Courtyard buildings, when compared with the back-to-backs of New York, allowed every apartment to have both street and alley access. They allowed those kitchens and baths to be stacked directly on top of each other.

Of course, all of that lovely brickwork could be gussied up to express an individual architect's aesthetic. For all of Chicago's thousands of courtyard buildings it's quite rare to find many that are completely identical. Some have gates, others have fountains. Some have ivy, others have extravagantly carved bric-a-brac. These buildings were created specifically for that particular time and this particular place. They are iconic emblems of the city that came back from the dead, swallowed up its neighbors and reveled in its understanding of simultaneous showboating and secrecy.

The Chicago courtyard thrived from 1902 until 1929. There were a few prototypes created in the late 18th century, but the style that evolved after the Tenement ordinance was by necessity altered to accommodate things like indoor plumbing and appliances. Come 1929 we had to deal with a depression, a world war, an even bigger depression and then an even bigger world war. Nearly all housing construction came to a halt. There were no men to build and the population stagnated. There was the huge black migration to Chicago from the southern states but the newcomers could largely fit into existing structures.

When WWII ended there was definitely the need for new housing, but the huge expanses of open land that once covered Chicago were no longer so huge. A courtyard building takes up many vacant lots together and it was getting harder and harder to find that kind of space. The folks returning from overseas would certainly occupy the old courtyards, but new technology and lifestyles would demand a new type of architecture.

Zoning, Setbacks and The Death of the Courtyard

In the 1920s cars were still something of a novelty, although becoming more common. By the 1950s every family had to have a car and somewhere to park it. The land was becoming so scarce that city governments were worried about the density choking off their own ability to function. In 1957 a new Chicago Zoning ordinance mandated that any new construction leave 30 feet of space in the backyard between the building and alley. This is called a "setback" and it serves as a firebreak and extra space for the city to install utility pipes or widen streets and alleys as needed. In Chicago they also serve as parking spaces for many buildings. Some neighborhoods have different setback requirements in the front and back yards and most are now 20 feet or less, but in the earliest Zoning ordinances it was 30 feet.

So the next time you see a courtyard apartment building hopefully you'll have a little more understanding of why they exist. Maybe you'll be able to picture the original residents going about their lives in the early 20th century. They are just as emblematic of Chicago as the pizza and the El.