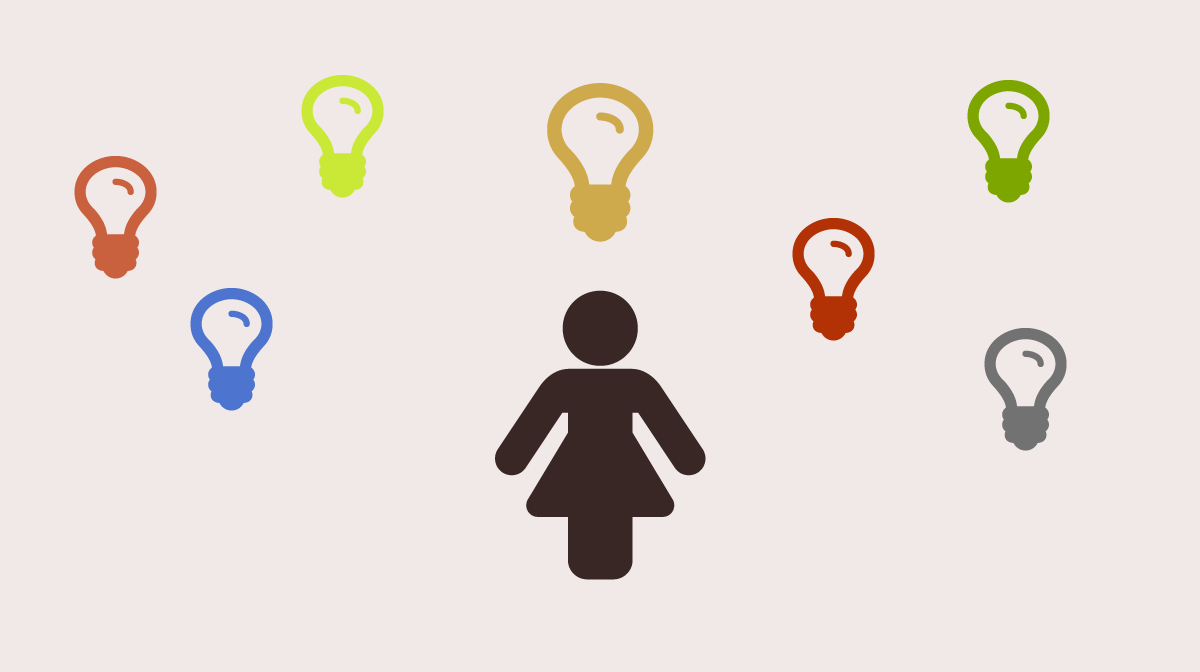 I've got a bit of a mad scientist thing going on. I don't get brainstorms so much as I get microbursts of small ideas in quick succession. RentConfident was one of these small ideas that I've built into something much bigger, but I've been coming up with ideas for small space living since I first started renting in the late 90's.

My friends and family think it somewhat odd how much time I spend thinking about apartment living, but for me it's a point of both curiosity and convenience. I come by it organically. While I don't currently rent, I do still live on the upper floor of a multi-unit walkup building. And I do still live in Chicago. And I did rent in Chicago for a very long time.

Welcome to the inside of my head. Today I wanted to share with you a few flights of fancy. This is a list of non-existent or very-difficult-to-find things that would make Chicago apartment life so much more convenient.

These actually exist - check out Legacy Lifts and EasyLift. They're marketed for vacation homes beach homes - the ones on stilts - or lumped in with those stairway lifts for senior citizens with limited mobility. I don't live in a beach house, I'm not a senior citizen and I can walk quite well. I still want one in my back stairwell for groceries and luggage post-haste.

This is Chicago. We park in the back. Our mail is in the front. This means that unless reminded or otherwise provoked I can go for months without checking my mail. I know asking postal carriers to deliver to every door in an apartment building is a bit much. But, could we maybe split the mailboxes into two locations? Front and back? Maybe?

The no-license, no-appointment, app-driven business model has been quite popular lately. The "Uber" style of service - as in the controversial car-sharing service - has spread to grocery shopping, massage therapy, yoga instruction, furniture assembly, and snow shoveling on demand. I want to be able to take a picture of the broken thing, send it to a pool of maintenance workers, and have it fixed by the first available person.

These made it to concept and prototype stages but never to mass production. They're fridge-sized appliances made of several small, individually cooled boxes that snap together like Lego bricks. No more fighting between roommates over who ate all the leftovers. No more running out of freezer space - just repurpose another fridge box. The shiny factor is high on this one.

Colleges have had a unified application for years now. If academia can get its act together to use a single application, it stands to reason that landlords should as well. It's not like applicants' information is going to change from one apartment to the next. One credit report, one application, resubmit as many times as needed.

When I was little we had a huge attic fan that we would turn on at night. Open all the downstairs windows, and the massive noisy thing would suck all the cool downstairs air in, and push all the hot upstairs air out through the attic. It was lovely.

One of the main causes of neighbor vs neighbor strife is odor from smoke and cooking wafting between units. Most apartments don't have attics, but they do have windows. A quick blowout with fresh air would be a much better remedy for bad smells than turning on the AC and letting it recirculate forever. Obviously the massive suction of the beast we had in our New England colonial would not be necessary for a 2 bedroom apartment, but a window-mounted fan that's more powerful than a box fan would be great. These also exist, but there's only a couple of models available.

Besides odors, the other big cause of conflict in apartment buildings is noise. Of course, the worst time for noises to intrude on your life is when you're already in your PJs and ready for bed. Nobody wants to go knock on their neighbor's door when they're already dressed for bed! Rather than banging on the ceiling with a broom (So rude! So destructive!) a quick inter-apartment intercom would be awesome.

Thrifty folks have been suggesting rubbing alcohol or vinegar solutions for preventing ice buildup on cars for years now.

You know those mist sprayers they have in the produce section of the grocery store? The ones that spray water to keep the veggies fresh? What if you were to mount a similar system on our icy back porches and around the perimeter of parking lots near our parking spaces. Mist the area periodically with de-icing fluid.

(I have no idea if this would work, and suspect that I'd have to find all kinds of workarounds to prevent the lines from freezing, but it's a fun concept to think about.)

This does not exist in the real world yet, but they're working on it. The Fraunhofer Institute - the same folks who brought us the mp3 audio format - started making noise about an app that can open doors back in 2013. They called it ShareKey back then, it's now called Key2Share. It's an Android app that pairs with a deadbolt using Near Field Communication technology. Key2Share is currently a concept only, as any time you start tinkering with locks and keys there are big safety concerns. For multi-unit buildings, though, I can see it being incredibly useful technology. One could allow temporary access to guests during parties, or to service professionals like housekeepers or nannies.

Like most humans, I live with my feet on the floor. My smoke detector lives with its "feet" on the ceiling, which, also like most humans, I cannot reach without a ladder. This means that when I accidentally set it off with cooking odors or by running my gas fireplace I have to resort to the standard dorky maneuver of standing beneath it and vigorously waving a piece of cardboard to turn it off.

If I accidentally set off my car alarm, I can silence it quickly with a remote on my keychain. I would like the same ability for my smoke alarm.

Please take a moment to share this list with your favorite tinkerers and bright sparks. They're free for the taking and I'd love to see any of them pop up on Kickstarter in the coming year!