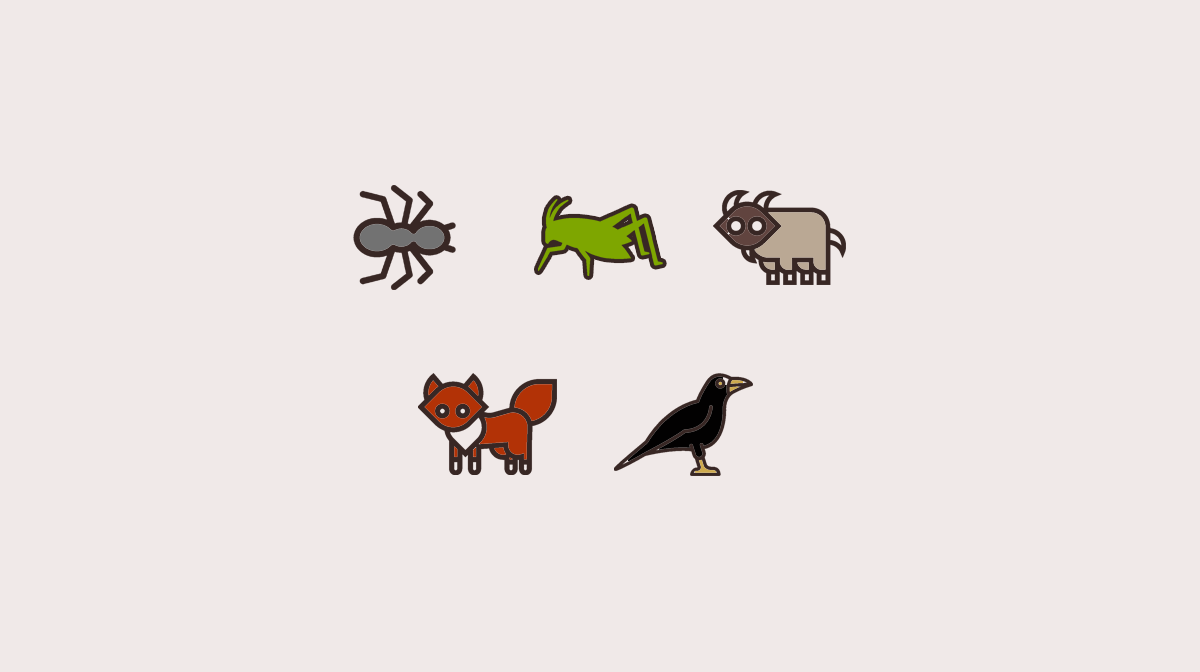 The stories of Aesop are some of the oldest in the world, famous for their talking animals and common sense morals. When we replaced Aesop's clever critters with 21st century renters, we found stories that could be cut from the headlines of today's news. We've included three examples below. Can you think of other stories that could be re-worked for the modern renter? Or maybe for your own line of work? Leave a comment and let us know!

Antoinette and Grace
(based on Aesop's "The Ant and The Grasshopper")

One summer day in her apartment a Grace danced around, spinning and singing along with her favorite song.

Her roommate, Antoinette, sat at the desk in the corner of the dining room, poring over apartment ads online.

"Stop staring at that screen and come dance with me," said Grace.

"Our lease will be up at the end of the summer," said Antoinette. “We both need our own place. You should be looking too."

"Why?" said Grace. “We have plenty of time. Let's just enjoy our last few months.”

But Antoinette continued her research. She searched high and low. She visited many apartments and researched many landlords. She found a great apartment.

When the end of the lease came, Grace found a pretty good apartment too. However, within weeks she learned that her apartment building had sold to a developer. She was told she only had two months to live there. In late autumn, the only thing she could find as a replacement was a basement apartment full of bedbugs.

One day Grace was walking home from work scratching her bug bites when she glanced up at a window. To her surprise, she saw Antoinette enjoying a glass of wine at a nice kitchen table in a halo of warm light. Then Grace knew: If you do not show care in your housing choice, it will not show care for you.

Frank and Billy
(Based on Aesop's "The Fox and The Goat")

One day Frank rented a sweet two bedroom apartment that was slightly out of his budget. All was well until the day that his boss warned him that layoffs were coming soon. He spoke to his landlord about his troubles but could not get out of his lease. At the office Christmas party, he spoke with his coworker Billy. After a few beers, Billy complained to Frank that he wanted to move out of his parents' place. Concealing his misfortune with a merry smile, Frank flaunted his apartment, showing off its many features and luxuries. He encouraged Billy to move into the spare bedroom. Billy, mindful only of his thirst for independence, signed onto the lease agreement without a thought about how little he knew his new roommate.

A month later, Frank said to Billy, "I am going to take my girlfriend on a trip for Valentine's Day. I will be back in a few weeks." Frank packed many of his belongings for the "trip", then quietly contacted his landlord to have himself removed from the lease. Billy was stuck paying rent for the expensive apartment all alone.

Billy learned well that day: Do not trust the life preserver unless you trust the man who threw it.

(Based on Aesop's “The Fox and the Crow”)

Sheryl, having recently inherited some money, went looking for a better apartment. Michael needed some money as well, so he broke into a nearby apartment, took some photos and posted it for rent at a very low price as if it were his own.

Sheryl went to see the apartment.

"How beautiful you are Sheryl," he exclaimed at the showing. “How great you would look here. Oh, if I hadn't just taken an application, you would deservedly be queen of this apartment.”

Michael smiled, “Well, if you put a deposit down right now, I could maybe 'lose' that other application."

Without thinking to check who the owner of the building might be, Sheryl went to the ATM and withdrew the cash. Michael took her money and promised to tell her when the background check was through.

When Sheryl never heard back from Michael, she understood the moral: Do not trust what is too good to be true.

RentConfident is a Chicago startup that provides in-depth reports on apartments and landlords to protect renters from scams and bad buildings. Help us spread the word! Like, share and retweet!