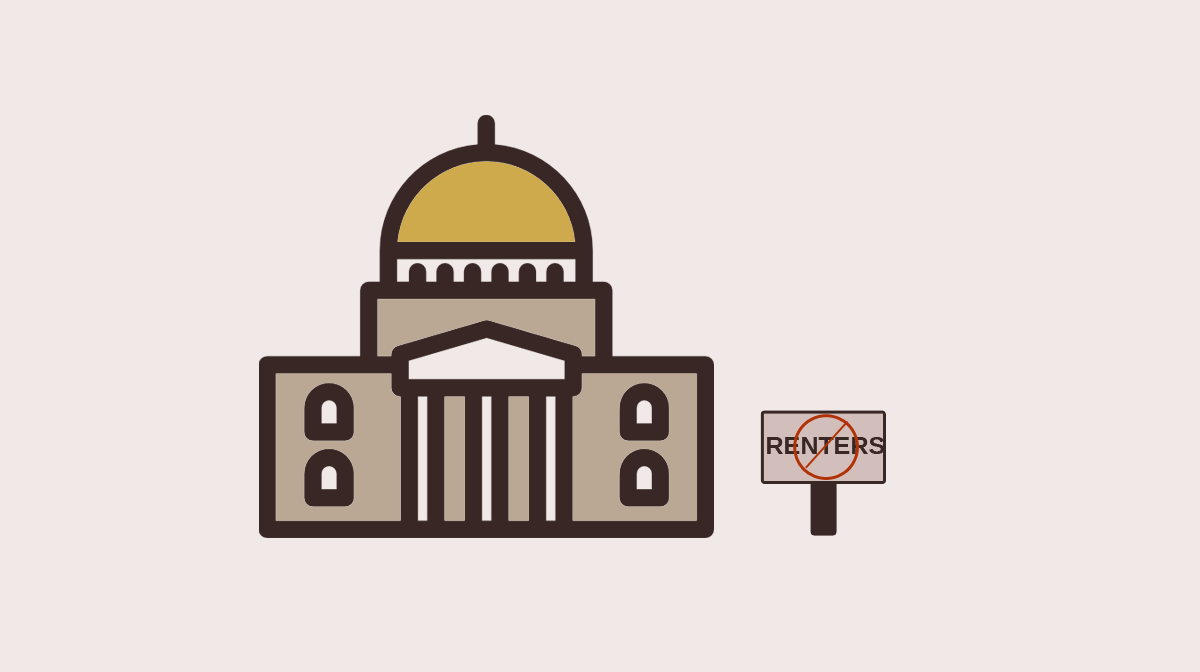 Midway through the month of June, a Facebook friend in Massachusetts shared a post from a man by the name of David Perelman. Perelman was running for a spot on the city council of Waltham, MA. The campaign page has since been deleted, but I snagged a copy of the text as it seemed of interest to RentConfident readers. It read, in part, as follows:

I am writing to inform you of unforeseen circumstances that have arisen and will affect the campaign going forward. Recently, I received a sudden and completely unexpected notice that my landlord would be selling the entire property where my apartment is housed this summer, rather than renew a multi-year lease as was previously discussed. Given the short notice and the terms of our current agreement, it has become impossible to assume I will still be able to continue living at the same address in Waltham. I have spent the past week searching for alternative housing in Ward Eight that could be secured in the next couple of months but those attempts have proven unsuccessful. Given these extenuating circumstances, it is with a heavy heart that I must suspend my campaign for Waltham City Council.

This of course made me wonder: could something of this nature happen in Chicago? After all, Chicago has residency requirements for all full time city employees. Could a landlord change the face of city government by selling their building? Does the residency requirement have a clustering effect on city employees? Does it affect the visibility of renters within government affairs?

Who Must Live in Chicago?

All full time city employees must live within the boundaries of the city of Chicago. This means cops, firefighters, streets & sanitation workers, water department employees, and maintenance engineers who handle things like street lights and snowplows. All employees of the Chicago Public School system must also live within the city limits. CTA (transit) employees have a more relaxed restriction - they must live within Cook County but do not have to live in Chicago proper.

More specifically for our research, elected officials must live within the area they represent, and must have done so for 12 months prior to their election. So, aldermen not only have to live in Chicago, but once elected, they pretty much need to stay put for the duration of their term(s).

Are These Individuals Likely to Rent?

According to the most recent available census data, the median household income of a Chicago resident was $63,153 in 2015. Based on our previous research into Craigslist rent rates, this is theoretically enough to afford a one bedroom apartment in all but the most expensive areas of the city. However, as we all know, many "households" cannot fit comfortably within a one bedroom apartment.

Looking at info from the Chicago data portal, Chicago Public Schools and relatively recent coverage by the Chicago Tribune, we can figure out the average salary of a city employee and an alderman. The average full time employee earns $87,526 per year, but the lowest paid city employees - custodians at the airports - earn about $29,640 per year. The median income for a Chicago public school teacher is $78,169, but a new teacher without post-graduate education would earn about $50,653. The established workers will probably find housing easily, but the new guys are going to have a struggle.

Looking at rent rates from our Craigslist survey of September 2016, the average one bedroom apartment on the south side and a few distant areas of the north side would require an annual income of $32k per year if you're going to have a healthy 33% rent-to-income ratio. On most areas of the north side, you'd need to be earning $54k. In the most expensive areas of the city such as the far Northwest or downtown, you're looking at an income of $82.8k per year to be able to rent a one bedroom apartment.

So, your airport custodian is probably renting on the south side, or with roommates, or exceeding recommended rent-to-income ratios. Your starting schoolteacher is in a similar situation. As they progress in their careers they enter an income level where they might have the opportunity to buy property, but whether or not this becomes a wise financial decision is extremely variable. However, on an alderman's salary it's very likely that buying is the more financially sound option unless they have a platform that requires them to maintain a "grassroots" image.

More importantly, while the alderman's salary allows them with some wiggle room so that they can move in a pinch to keep their job, upcoming civic employees who might be able to challenge them at the polls might not have the same luxury of mobility. When you take into consideration the funding necessary to mount a campaign for alderman in Chicago, it's likely that any successful candidate will be a homeowner or at least a condominium owner.

Without the restriction of ward boundaries, your standard city employees gravitate to anywhere in the city limits where they can afford to live. This has definitely resulted in clustering. There are certainly some areas of the city - Jefferson Park comes to mind readily - that are almost exclusive domains of police, teachers and city administrative staff. Normally this sort of bunching together of like-minded individuals is not something to worry about. However, if you see a consolidation of city employees focused tightly in specific areas of the city, it stands to reason that this will have an effect not only on the neighborhood's character but also on how those employees approach their work. A resident's perception of Chicago is strongly influenced by which of the city's many faces you see on a daily basis.

The fact that these government employee enclaves exist means that the city's residency restriction is in conflict with its pay rates. It means that city employees are not regularly exposed to all areas of the city. I'm sure there are many people who would love to live in an area full of off-duty cops and firefighters. Personally though I don't think that unifying the perspective of city workers in this way is beneficial to them or to the citizens they serve.

Do Any Elected Chicago Officials Currently Rent Their Residence?

I did a cursory review of all 50 aldermen trying to find one that I could confirm as a renter. For obvious reasons the home addresses of Chicago alderman are not readily available on the internet. However, using their names, known names of their spouses and the boundaries of their wards I was able to find ownership deeds for all but four of them, and am only reasonably certain that one of those four is likely to be a renter. This means that we're unlikely to see aldermen ousted due to the sale of their apartment building as happened in Waltham. However, this doesn't include candidates that might challenge them at the polls, and it also raises a few other big points of concern.

Also, the absence of renters on the council indicates an absence of valid renting candidates for these elected positions as well. Is it possible that the 12 month residency requirement for elected Chicago officials is detrimental to renters that might want to run for office? To my mind there is no doubt that it is a contributing factor, although maybe not the main one. Is it the fundraising requirement? Is it the time commitment required in addition to regular full time jobs? Does the general population consider it too risky to endorse a renter for office? Or are renters as a whole too apathetic about government affairs to get involved? The real answer probably lies across all of the above.

There is a perception that an elected official can only adequately represent an area in which he or she has a vested, personal interest. Without this perception, the residency requirement would not exist. So why is it acceptable for a city dominated by renters to elect officials who have no vested, personal interest in the well-being of renters? Not all renters are young and inexperienced. In this era one cannot even be sure that a renter is earning a lower income than the homeowner next door. Even so, Chicago favors homeowners for political office.

I return to the original question: could the strange case of Mr. Perelman happen in Chicago? The answer is, probably not. And not because renters in the city aren't vulnerable to losing their apartment due to the sale of a building - for renters this is always a risk. Chicago will not see a renting city council candidate withdraw due to the residential requirement simply because Chicago is unlikely to see a renting city council candidate at all.