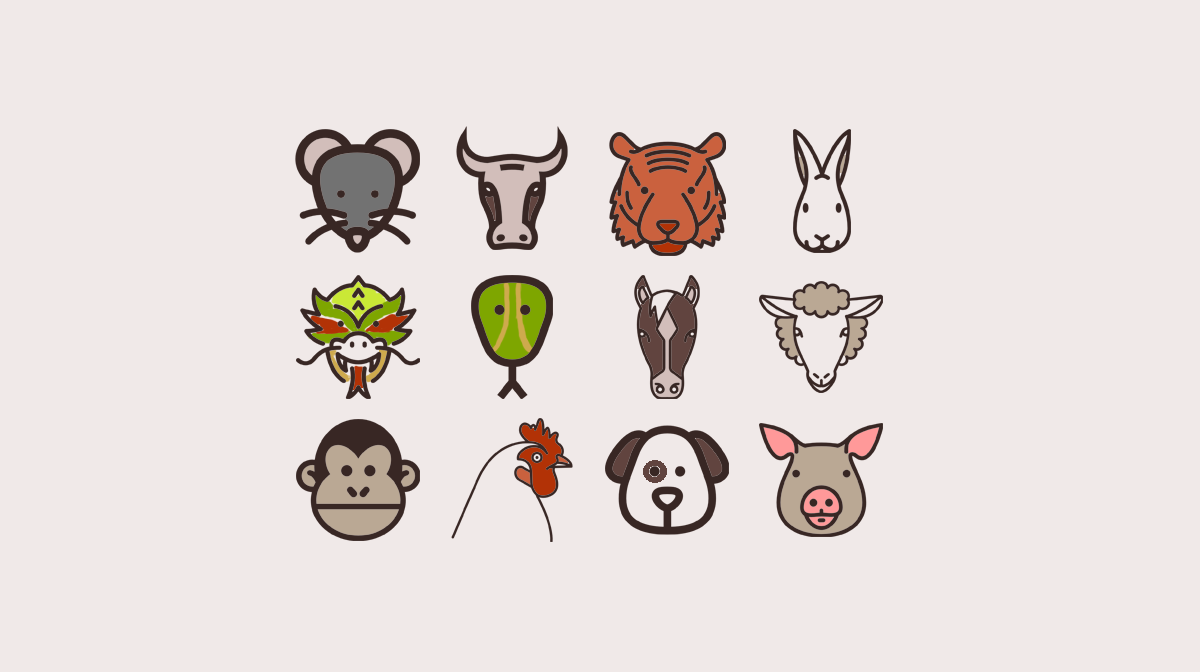 Many years ago I had a colleague who worked as an onsite property manager. She lived in the building and handled both maintenance and leasing. She got an email one day from a prospective renter moving across country from the Pacific Northwest.

"I have to move to Chicago and would like to rent the studio I saw on Craigslist."

All good so far, but then:

"I have a pet monkey. I also will need to send the monkey ahead of me by about 2 weeks. Is this OK with you?"

I don't know many people who would monkeysit for two weeks on behalf of a friend or relative, let alone doing so for a complete stranger. The prospective renter might have been trolling my colleague or he could have been quite serious, especially given that this was well prior to the 2011 statewide ban of keeping primates as pets in Illinois. We'll never know for sure as my colleague quickly declined to accept the renter and his furry friend.

Of course, the monkey is an extreme case, but probably what many of you think of when you hear the term "exotic pet" - animals that would be more likely found in a zoo than in a home. But for city landlords anything other than a dog or cat could be considered exotic, even those that the rest of us might think of as very common. And to a landlord, any renter with an exotic pet will probably get the same response as the fellow with the monkey: "no, thank you."

Surveys have shown that exotic pet owners are not as common as owners of dogs and cats, but they are still quite plentiful. The 2017 National Pet Owners Survey found that 34.3% of American households had exotics that would fit in an apartment. By comparison, 41.7% of households had cats. In terms of individual animals, there's almost one freshwater fish for every two Americans. But you can't search on Craigslist or any other apartment listing site for rentals that accept exotic pets. Most landlords don't even consider them when they establish their screening rules. Others will specifically ban exotics outright.

In an ideal world renters would think before they adopt or buy an exotic pet, and realize that their pet might prevent them from finding housing completely. But some tenants are willing to take on the challenge of owning an exotic pet no matter what may ensue on the housing front, and others may wind up accidentally inheriting exotic pets from ex-partners or family members. So for those renters, today we're going to go over common concerns a landlord might have about your exotic and how to negotiate your way around them.

The First Rule of Pets: Be Honest

Before we get into individual animals, let's make one thing clear: be honest about your pets. Do not try to hide them. Do not try to sneak them in. Do not claim they are medically necessary if they aren't. Speaking from experience I was far more willing to make an exception for tenants that were up front with me about their exotics (within reason - no monkeys) than I was for tenants that I caught lying on their applications. Chances are your landlord will need to go into your apartment at some point while you're living there. If it's an emergency you will not have time to hide your chinchilla beforehand. Most shelters will contact your landlord to see if they accept animals before they will let you take a critter home with you. Be honest.

The Second Rule of Pets: Be Extra

It only takes one poorly tended pet to get all exotics banned across a landlord's entire inventory. Owners of exotics owe it to the animals as well as other renting pet lovers to return apartments at move out in as good if not better condition than they were at move in. They must take extra steps to make sure that neighbors have no cause to complain to the landlord about pet matters. If this extra amount of caution is beyond your ability, do not keep an exotic pet in your apartment.

The Third Rule of Pets: Be Proactive

A landlord will not ask you up front about how you take care of your exotic pet. If they see on your application that you have a pet snorfling, they will not ask you about it. They will go on the internet and look up worst case scenarios posted by other landlords who have previously housed snorflings. You must be proactive in researching the laws for snorfling ownership in your state. You must make an effort to explain the ins and outs of snorflings to your landlord. You have to provide a full description of your snorfling's living quarters, diet and any other potential sticky points voluntarily, up front, and without waiting for the landlord to ask you.

Fish are by far the most common pet in the country. There are about 94 million cats kept as pets. There are nearly 140 million freshwater fish and another 19 million saltwater fish. When a landlord considers a renter with pets, they will get the very strong mental image of a big hole in the floor left by a heavy fishtank. Some housing will have reinforced flooring in areas that are supposed to hold heavy things such as refrigerators and bathtubs. Other areas of the floor are not going to be able to support as much weight. A fully loaded fish tank is very, very heavy.

If you are apartment hunting with fish, bring photos of the tank and its specs, including how much it weighs when it's full. Focus on apartments with sturdy flooring, such as flexcore or reclaimed industrial property. Avoid going too high in the air. Tall buildings can sway a lot in the wind, which is great for their structural integrity but not so much for containers full of water inside.

If your small furry critter lives its entire life in a cage you'll probably be fine. I don't know many landlords that would turn down very small pets such as hamsters, chinchillas, rats or gerbils. As the animals get bigger in size you start to run into concerns about chewing and burrowing. Rabbits are some of the toughest pets to house in rentals, as they chew woodwork and trim. Indoor rabbit owners will want to show photos of their current housing, including all rabbit-proofing and the rabbit's living space. Landlords may not realize that guinea pigs are also chewers, but if you own a guinea pig be ready to take the same approach as a rabbit owner to your housing search.

Small animals such as sugar gliders that must be fed live insects are going to raise concerns about pest infestations. You will need to be ready to explain what measures you take to contain live food - this is also the case with reptiles that eat live rodents.

If your small furry critter is known to have a strong odor, you may need to explain steps you take to minimize the smell.

If you have a pet that makes most people say, "I didn't know those could be pets!" then you probably already know the necessary spiel required to explain what life with your pet is like. Do they smell? Do they bite? Is there anything about them that can cause damage to people or buildings? Treat your furry friend like another roommate. Prepare your critter's rental resume with as much care as you give to your own.

From a landlord's point of view, problems with cold-blooded creatures will include energy usage, live feeding and their noted tendency to be venomous. Heat lamps for herps can put a big strain on old school fuse boxes and underpowered circuit breakers, putting you at risk of fire. Focus your searches on newer construction buildings and make sure you are responsible for the electricity.

We covered live feeding concerns in the small & furry section above, but you really do need to have a plan for what to do if feeder crickets or mice escape into your apartment.

Snake owners may well have the hardest time finding rental housing. The snake stigma is still very, very strong. Even if the apartment is totally isolated from a ductwork standpoint, the landlord will look at your application and know that by accepting you they will be guaranteeing that they or a member of their staff will need to enter an apartment with a live snake. Snake owners will need to focus their housing searches on small private landlords and start looking well in advance of a normal search. Obviously if your herp isn't venomous you will need to explain that to every landlord you meet.

The main concerns about birds in rental housing involve noise. For vintage buildings there is also a concern about bird droppings on steam radiators.

Bird owners may want to consider keeping a video on their phone of their bird making normal noises, along with their own speaking voice for volume comparison. Explain what hours your bird is awake. Explain what the bird eats. Look for properties with forced air heating.

If your bird is very loud, look for apartments that are located towards the end of a building so that you can have a buffer of a room or a hallway between the bird and your neighbors.

Outside of the city, livestock is not considered "exotic." But this is a blog for Chicago renters, and despite our history as the "butcher of the world" livestock is pretty scarce on the ground around here nowadays. However, the city is seeing more owners of livestock such as urban goats, pigs and chickens. In Chicago you will have a very hard time finding rental housing for urban livestock. In fact, I would say that livestock is the one type of exotic pet (other than monkeys) that should probably be restricted to homeowners.

The main problem with keeping outdoor animals of any species is that rentals usually only grant you access to the space within your four walls. Yard access is not guaranteed, even if the building has an enormous yard. Livestock owners will want to keep their rental searches on the outskirts of the city, where lot sizes are larger and grass is more plentiful. Look for rental houses rather than apartment buildings, or, at the worst, look for townhomes with yard space. You will want to scope out the property using street view and satellite view to make sure there is adequate yard space.

Owners of urban livestock will need to be ready to quote chapter and verse of the appropriate laws allowing such animals to be kept as pets. They will also need to address concerns about noise, odors and what will happen to the building's landscaping if your pets are allowed access to the grounds. As is the case with fish, bring photos of your pets' current living quarters and, if possible, photos of what the space looked like before the animals arrived.

Are you an exotic pet owner? What challenges did you face finding rental housing? How did you work around getting your pet approved? Let us know in the comments!