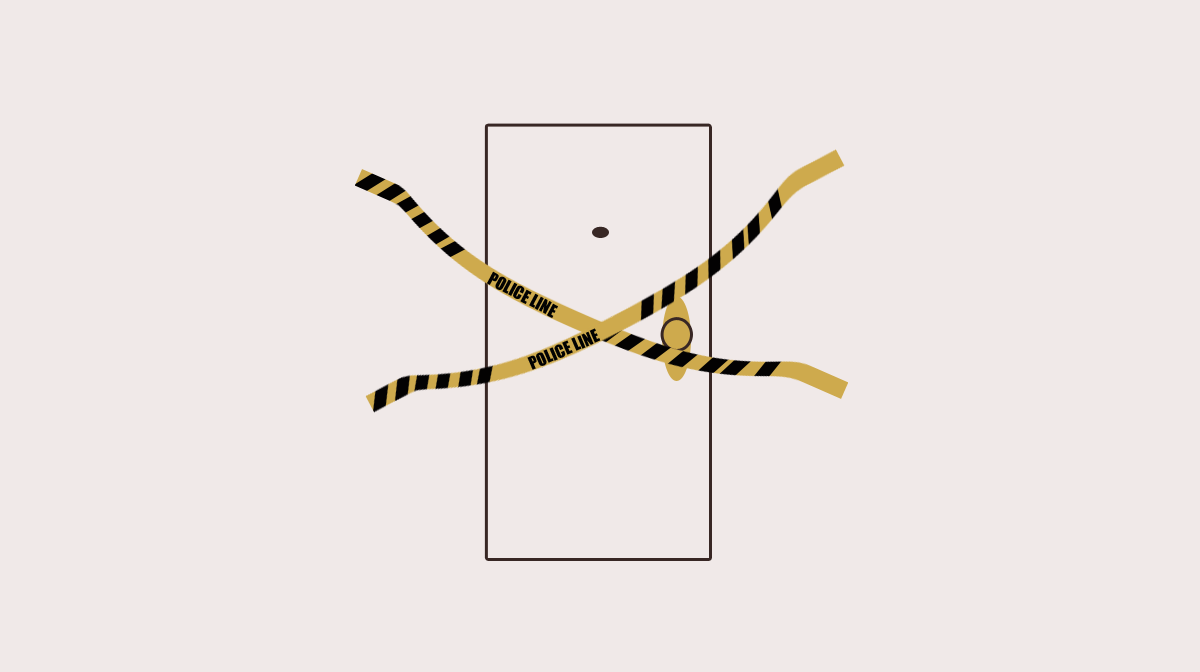 Happy Halloween week, folks. In the spirit of all things ghostly, ghastly and gross, this week we'll be talking about what to expect when a renter dies during the course of their apartment lease, from both a neighbor's and a landlord's perspective. Fair warning: this article is not for the squeamish or those who have just eaten. If this describes you, consider revisiting one of our articles from previous Halloweens, such as our list of the top 10 horror movies set in apartments, or or guide to Trick or Treat Alternatives for Chicago Renters.

Now that that's out of the way, let's talk about dead tenants. I've dealt with seven of them that I can recall, and it isn't something that you'll really forget. Fortunately I never encountered any of the corpses myself, but I've had to go through the aftermath. One occurred when I was a renter myself and my neighbor across the hall died. They found him some days later by the smell. The other six occurred when I was working in property management. Of those six, three died outside the home and three died alone, at home, and were found later under similar circumstances as my neighbor. Four were elderly, one was a middle-aged diabetic, the sixth was a young man who committed suicide with some helium and a plastic bag.

If you're trying to calculate your odds based on my experience, that's 6 deaths in a portfolio of just shy of 1000 low to mid range vintage apartments over the course of 5 years with a strong tilt towards elderly individuals. The American Psychological Association reports that about 20% of Americans die in at home, and that 70% of deaths occur when someone is over the age of 65. Apply that to your own situation as you see fit.

Multi-family housing is an industry that must include death in its business planning. When I worked with new landlords as an agent I would always counsel them to consider contingencies for tenant death their business plans, regardless of the age of their tenants. Not every landlord is prepared for it, though.

Not every deceased tenant dies at home. In fact most of them will die elsewhere. The landlord may find out through the next of kin, or they may not find out for some time after the rent stops showing up. If the rent is on automatic payments it may well be until the end of the lease before a landlord realizes that the tenant's stuff is still in the apartment.

As for the ones who die at home, if nobody is present at the time chances are it will be the landlord who goes in and discovers the corpse. They may be accompanied by police, and they really should be, but they're the ones with the keys. Sometimes roommates, family, or friends with spare key copies will make the discovery. If you're a neighbor, there are two signs to look for: the unmistakeable odor and flies clustering around windows. If your roommate has died or you suspect that your neighbor may have died, your first call should be to 911, followed immediately by a call to the landlord. On behalf of landlords everywhere, please warn them what's likely to be inside when you make that call so that they can mentally prepare themselves. For all you know, the deceased may be their friend, relative or long term acquaintance.

If you are a landlord yourself, you should bring the tenant's emergency contact number with you to the site, inspect the site with the assistance of the police, and then immediately get in touch with the emergency contact. You do have that information, don't you? You should obtain it with every rental application and keep it updated.

Discovering a corpse is not something that's easy to shake off. Not the first time, not the fifth time. My former coworkers would talk about it for years afterwards. Do not be afraid to get some counseling afterwards. If you're a landlord with a staff member that discovers a corpse, make sure to keep a close eye on them for several months and encourage them into counseling if you feel they are suffering as a result. It can be difficult, especially for the typical handyman macho types, to admit that they have suffered some trauma.

In most cases the corpse itself will be removed immediately after discovery, but if an apartment is sealed it could be weeks before the landlord can get in and start cleaning things up. If you happen to share an apartment with the deceased this can mean that you'll need to find temporary substitute housing for a while.

Do not hold the landlord at fault for this. There's nothing they can realistically do within the bounds of the law. If there are odors or bugs as a result of the death you can talk to the landlord about taking steps to resolve the problem within your living space, but until they can get at the source of the problem any remedies will be temporary patchups at best.

In the case of my old neighbor, the landlord opened the windows, put a big fan just inside the door pointing towards the windows, and the odor was undetectable after an hour or so. If for some reason odors persist for longer than a few days you can talk to the landlord about finding temporary replacement housing or breaking your lease. Just remember that the death of another tenant is not in and of itself grounds for breaking your lease, no matter how traumatized you may be by the incident.

Of course, if the deceased was your roommate and you can no longer afford the rent without them, that's a different story. Technically you're still responsible for the lease, but if you have a chat with the landlord you'll probably be able to get out of it.

From the landlord's perspective there's three points of concern following the death of a tenant: the biological matter, the furniture, and how much time is left on the lease.

Cleaning up the biological matter is not something that should be assigned to the landlord's own staff, no matter how skilled they may be. There are companies that specialize in cleaning up hazardous material and only they should be trusted to fully sanitize an apartment that has housed a decaying corpse. These are the same companies that clean up after fires or when a semi full of benzene tips over on the highway.

Carpets, floorboards, walls, ceilings, trim and fabric must all be removed and replaced. Any permanent structural components such as brick and support beams that were exposed to biological matter must be treated and disinfected. It's a costly process, but it's really the only way that the landlord can protect themselves from future repercussions.

Most leases are "binding upon heirs and successors." This means that if a tenant dies, their heirs as stated by government statute or their own will inherit the lease along with everything else. While most landlords will not be surprised if the heirs request to terminate the lease, they do become liable for rent on the deceased's apartment and they're responsible for moving things out. The breaking of the lease is something that the heirs will need to negotiate with the deceased's landlord. The best ones will waive their normal lease break fees in this sort of situation, but not all of them will. A good estate attorney is extremely valuable in these circumstances.

If the tenant dies without next of kin or a will it's anybody's guess what will happen with their belongings. It may get tied up in a probate case. It may be that nobody wants it. The landlord's main concern will be to get it out and into storage so that the apartment itself can be returned to service as quickly as possible. Under no circumstances do the deceased's belongings become property of the landlord, unless they were permanently attached to the walls (such as a chandelier) or bequeathed in the will.

Unless you're very familiar with a neighborhood beforehand you won't find out that the previous occupant of your apartment died there until after you've moved in. The landlord is under no obligation to disclose it to you. Your neighbors, however, are a different story. They may tell you outright, or they may look a little uncomfortable when talking to you. Remember though, 20% of people die at home. Unless your building is very new or very small, there's a very good chance that someone has died within its walls. You may not know about it, heck, your landlord might not know about it. But it probably happened. Don't get too freaked out about it.

It's also worth bearing in mind that no matter how quickly we wanted to turn over apartments after the death of a tenant, we rarely put them back on the market less than six months after the event. In the cases of the elderly tenants, they had each been living in their respective apartments for decades, which meant major updating was needed after the cleanup was done. As for the suicide, his apartment had to be fully gutted top to bottom - even the windows had to be replaced. You are probably not going to be moving into the apartment of someone who was just murdered there last week.

If you find out that there was a death in your apartment, the only thing you should check on is whether or not the landlord used proper hazmat cleaning techniques afterwards. If you think it's haunted and can't handle it that's on you, but it isn't a reason to break your lease. Only unsafe treatment of biological material or residual pest problems are valid lease break reasons in this particular situation.

Have you ever had to deal with the death of a fellow tenant? Let us know what happened in the comments but please, let's keep it from getting too gory, okay?