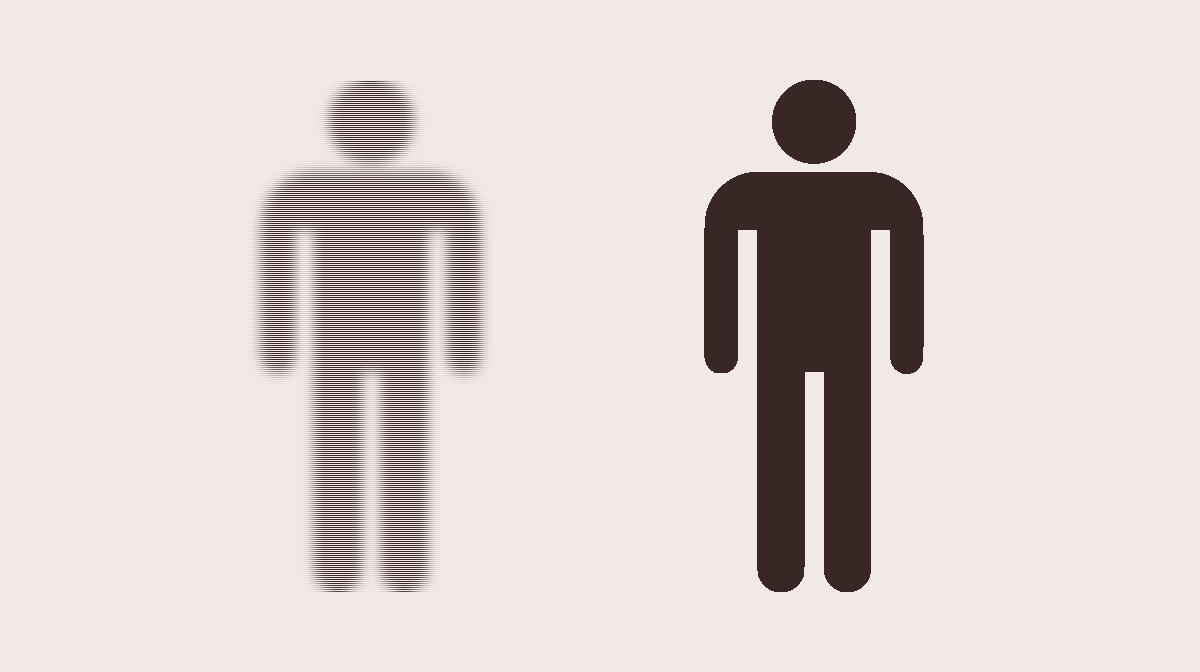 Last week the Lawyers' Committee for Better Housing, a Chicago based nonprofit, released another study on evictions using Cook County data cross-referenced against census data. Their results can be found here. It's a worthwhile study which is certainly of equal if not greater interest than the information presented by Eviction Lab, the National Law Center on Homelessness & Poverty's PDF report on the interactions between eviction and homelessness, and Matthew Desmond's seminal 2017 book on eviction.

These studies are all fantastic sources of data on the current U.S. eviction crisis. The researchers have all done some excellent work. But there's a problem. They only focus on the tenant side of things.

A legal eviction is a five-party transaction involving landlords, tenants, judges, lawyers and the sheriff. It might also involve the police, the banks and the insurance companies as well. But for the sake of this article we're focusing on the main missing party in all of these studies and data portals: the landlords.

So for those enterprising young graduate and doctoral students looking for a good thesis on the housing industry and our eviction epidemic, here are some ideas for you that could help inform the study of eviction from the other side. If you actually create a thesis or other published work based on any of these ideas please let me know, I'd love to cover it here.

1. At what point in a delinquent payment history do most landlords choose to evict?

A landlord can file an eviction as soon as the tenant misses a payment, but most choose to wait. For some it's a few days, for others it's a few months. I think there's a lot of false assumptions among renters and landlords about this particular topic, assumptions which affect how both sides approach the matter. I'd like to see a comparison of these time gaps cross-referenced against the demographics of the delinquent tenants.

2. Do landlords with property managers evict more or less than owner-operators?

Landlords may be frightened of filing an eviction because it's a complicated and sometimes expensive process. But experienced property managers go through it more often and can become inured to it. Their job is to advise the landlord of the best way to run a building, and as such often fill the role of the "shoulder angel/devil" nudging the landlord towards actions that they would not necessarily take on their own.

Landlords and tenants are encouraged by the court system to try and work things out on their own or through mediation before going through the trial process. Tenants who know their landlord personally are more likely to approach the landlord and attempt to negotiate a payment plan than tenants who live in a property owned by a faceless corporation. Employees of said faceless corporations can evade negotiation by infinitely passing the buck up the chain to find a decision-maker.

I suspect that the highest number of successful pre-courtroom negotiations occur in owner-occupied buildings but would like to see if this thesis holds up against data.

This is similar to #3 above, but with a wider perspective. The LCBH promoted their report by trumpeting their somewhat dog whistle findings that tenants in Chicago's black neighborhoods are more likely to get evicted than tenants living elsewhere. (This approach predictably got a lot of support from tenant advocacy groups but alienated a lot of landlords.)

To someone outside of Chicago this will seem like a clear case of racism. But to someone who's familiar with the different markets in this city there's a potentially different cause. The black neighborhoods were hit hardest by the foreclosure filings of the previous decade. The prices on the south side are much lower than the north side, making it prime hunting ground for investors looking to make a quick buck. It's dominated by non-local flippers, large corporations and receivers: businesses that are in the industry for the money rather than to provide housing.

A landlord who lives in the same city as his or her properties is going to be more aware of that city's different districts and the types of tenants more likely to live there. Someone who lives in Chicago is more likely to know what their getting into with a south side property and manage their expectations accordingly.

(To the folks who accuse me of burying my real point in the middle of a top 10 list, go ahead and add this article to your list of talking points.)

5. Does the cost of filing an eviction impact the frequency of eviction filings?

Some county courts make it pretty expensive to file an eviction when compared against the local cost of living. There's filing fees, document fees, proof of service fees, sheriff fees, etc. The responsibility for paying these court costs is also variable depending on the laws governing each individual court system. For landlords these costs (plus attorney fees) certainly influence their interest in taking legal action against a delinquent tenant, but I want to know how much the cost of doing business affects the business itself.

6. Are landlords more likely to file an eviction against a minority tenant?

About a year ago I got halfway through my own research project into Cook County evictions before I realized I'd bitten off more than I could chew. Based on the data I had obtained before putting the project on the back burner, a vast majority of the cases named female tenants. We're talking well into the 70% range. Combine this with the LCBH findings and you've got trends indicating that landlords are targeting minority tenants, or that minority tenants are more likely to wind up in situations where they can't afford their rent.

Landlords will be accused of discriminatory evictions until someone does an in-depth study on the effect of perceived vulnerability on legal filings. To put a finer point on it, if a landlord believes a tenant is less likely to be able to defend themselves in court, will they more willingly pull the trigger on an eviction filing? After all, an eviction case is definitely something that will trigger the old fight-or-flight reflex in any landlord, and instinct tells us to seek out the weak and injured prey first.

Good luck figuring out a viable methodology for this one.

7. What are the short term and long term effects of an eviction lawsuit on a landlord's future business practices?

Tons of studies have been done on the effects of eviction on homelessness, tenants' future ability to find housing, criminal activity, school attendance, employment, etc. But eviction can also have a lasting impact on how a landlord views their tenants. I have known many kind and generous landlords who have been turned into hard-nosed martinets by a lengthy eviction process. Evictions are discussed within the landlord community as something to be feared rather than a necessary part of the process.

If the process itself is causing an increase in stricter screening processes that exclude more tenants from previously available housing, that's something the legal industry needs to know and address. If internet discussion boards and organizations for landlords are generating excess FUD, that needs to be uncovered as well.

8. Do close interpersonal relationships between landlords and members of the legal profession influence eviction frequency?

It's much easier for a landlord to go through the eviction process if they have the comforting assistance of a lawyer beside them. Some landlords don't even bother to show up for eviction court if they have a good attorney to attend on their behalf. But attorneys aren't cheap unless you can call in some favors.

Some landlords may have attorneys in the family or may even have their own law degrees, which removes the need for them to pay attorney fees on top of all the court costs. Others might have an attorney on their payroll.

I'd like to see a study that involves the degrees of separation between attorney and client as part of the overall repertoire of eviction studies. This gets into the study of law in general so it may already exist outside the housing industry. Even so, it can still be redone with a closer focus on housing.

9. Do the political or ideological leanings of the landlord affect their likelihood of filing an eviction?

Some landlords are in the business only for the money. Others are in it to provide housing. Some even restrict their housing to people with certain housing needs, given preference to tenants with government subsidies, tenants with disabilities or tenants with large pets to name a few. We did a study on the political donations of the top 50 landlords in the country and found that the primary ideology among them was iconoclastic. In blue states they give money to the Republicans and vice versa.

But both red and blue landlords will probably wind up with a delinquent tenant at some point or other. In fact I would guess that the landlords with a more progressive ideology are also more likely to take on risky tenants leading to more "should I or shouldn't I" dilemmas. But the dominant theology of the American right preaches forgiveness and charity. It's really anyone's guess as to who's actually walking the walk of their chosen credos. I'm not fond of guesses. Data is needed here.

10. Does the involvement of HUD/Section 8 influence the likelihood of a landlord filing an eviction?

Studies have shown that poverty is both the harbinger and result of eviction. But there's low-income tenants with no means to hire an attorney and other low-income tenants with the entire might of the U.S. Department of Housing and Urban Development backing them up. Proving cause to evict a subsidized tenant can be extremely difficult since HUD is actually paying the lion's share of the rent and they don't miss payments. Subsidized tenants are usually lose their subsidies if they get evicted, adding an additional level of severity to these cases.

Of all of the options on this list this is probably the easiest one to research since the local housing authority would be named as a party in evictions where subsidies are involved. In fact it might give the enterprising researcher an inroad to also address the far more complicated idea #6 above.

It's going to be a tough slog for whoever takes it on, but I think it does need to be done. There can only be so many studies about the problems of housing inequality before the weight of the knowledge inequality becomes overwhelming. I also think that landlords will only get on board with the process of solving the eviction epidemic if the research can hold up a mirror to them.